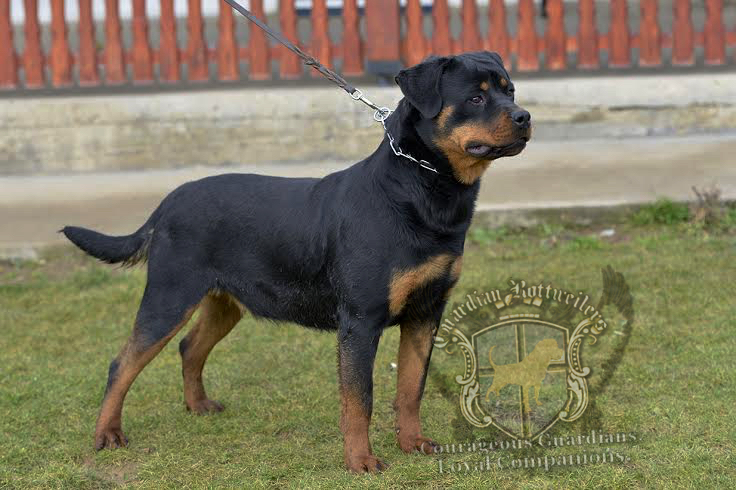 I love everything about this pedigree!  Luna’s sire, Willy, is a direct descendent of International Champion Henry Von Den Hassberghöhen, ADRK 108836, DT. VDH Champion, Ad, Bh, IPO-III, SchH/VPG III, ZtP- a PHENOMENAL German working male taking the highest working titles available to working dogs.  Henry is old school German bloodlines- so very difficult to find anymore, especially in the front of a pedigree!  Willy’s mom is International Champion Mona Se Ungo-Rot JR 711120 Rw
HD – A ( frei ) ; ED – 0 ( frei ), IPO – I, CH ADULT SCG ’06, CH ADULT MACEDONIJA ’06, CH ADULT BULGARIA ’07, Candidate for HUNGARY CH, BALKAN CH ’07, Mark KS ’08.  Mona has more than 100 show wins with 23 CAC’s and 4 CACIB’s!  Mona is no only an absolutely incredible female, but such an asset to the breed having produced champions in EVERY litter she has whelped!  If you are thinking that Willy’s exceptional pedigree sounds familiar, it is because Willy is FULL BROTHER to the incredibly noteworthy Champion Whisky Se Ungo-Rot!!  Whisky is one of the best females I have ever had the privilege of owning and handling.  Although she is a gorgeous girl, her biggest asset is definitely her character.  Whisky is a brilliant, sweet, gentle natured, affectionate, biddable, eager to please girl that would do anything asked of her and usually anticipates what is needed before it is even asked.  I cannot say enough great things about my Whisky!  And true to form for any Rottweiler that is an asset to a breeding program, Whisky produces her character and personality in her progeny.  We have kept 2 of her incredible daughters, Guardian Xoana Von Gottschalk and Guardian Zarabi Von Gottschalk.  I am so excited to have Whisky’s niece as part of our breeding program! 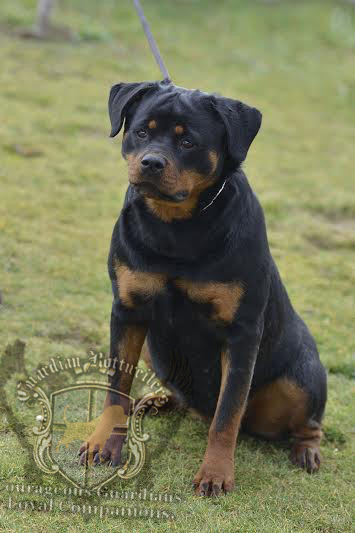 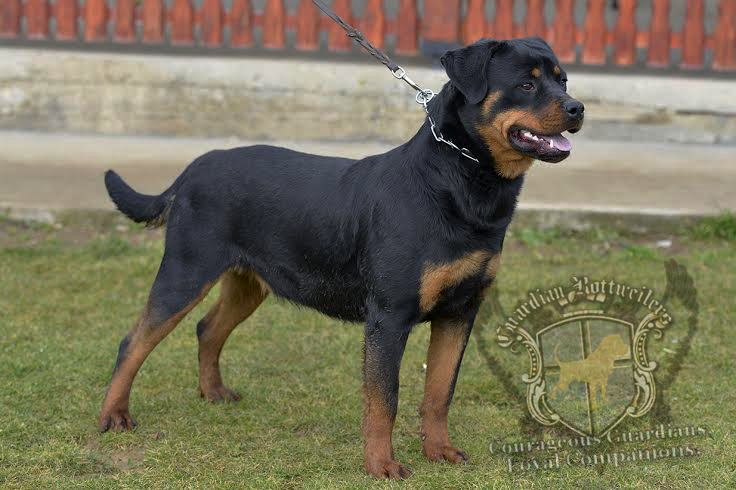 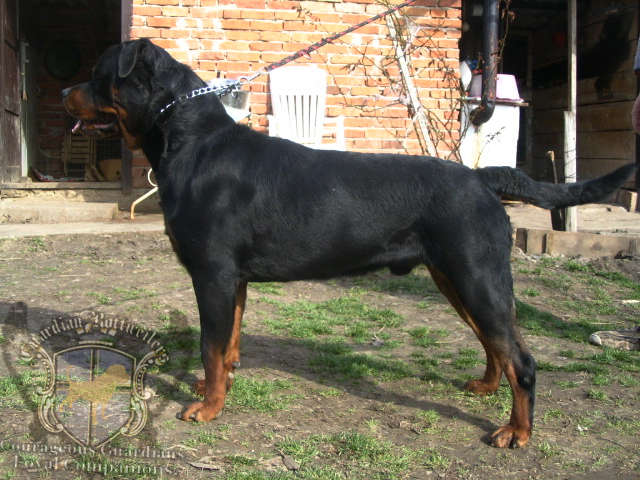 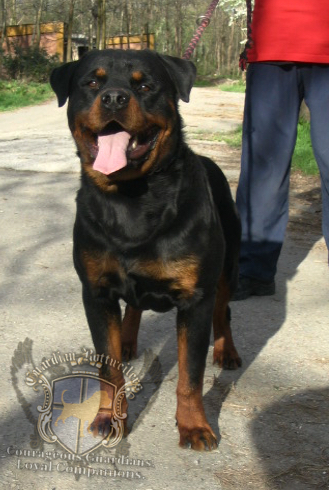 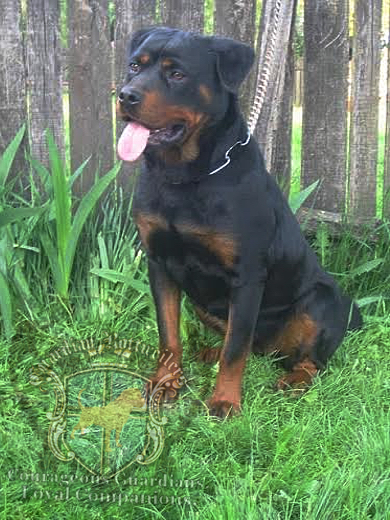 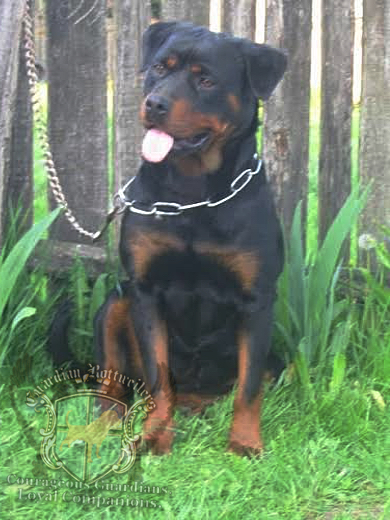