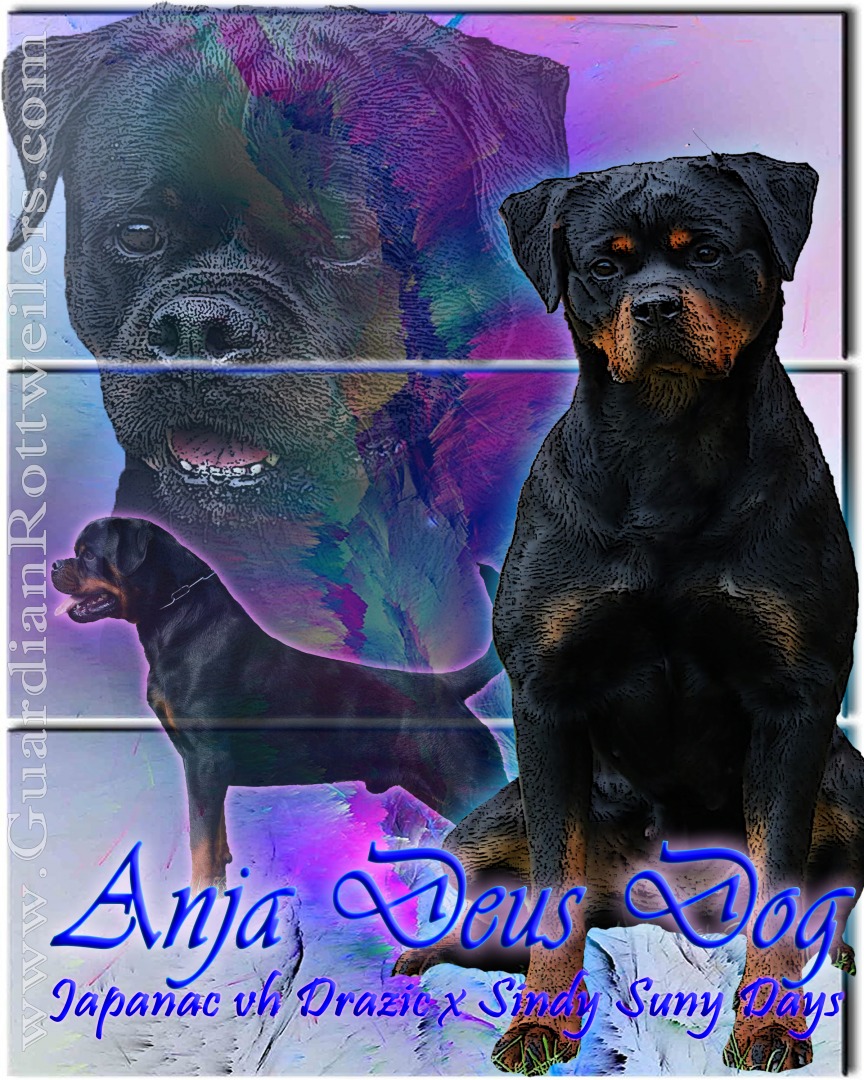 Anja is a compact well muscled female with a very well sprung rib cage and powerful chest.  She has an excellent topline and her tail is correctly set and carried.  Anja is has very rich mahogany markings that are clean and well defined.  She has very correct overall conformation with a compact build.  Head type is strong without being over extreme.  Anja has a fantastic temperament and is very outgoing and driven and loves to work.

What a phenomenal pedigree!  Anja’s sire, Japanac vh Drazic is one of my favorite Mauser sons and such a beautiful Rottweiler.  Anja is a line breed on Arlos Majestic Rot and and ADRK German DT VDH CH Lacky von der Südpfalz BH, AD, VPGI, IPOIII.  Japanac’s mother, Dzuli vh Drazic is the full brother to world famous 2017 IFR World Best Producer Dzomba von haus Drazic!  Japanac is also the grandson of both Arlos Majestic Rot and Felicita Terezsky Dvur!  Felicita is the full sister of Russian SUPERSTAR Faryco Terezsky Dvur!  Anja’s dam is the direct daughter of IFR Vice Junior WORLD CHAMPION TK’s New Yorker.  I am in awe of all of Tamara’s breeding program and the amount of focus she puts on the total Rottweiler with emphasis on correct conformation and phenomenal character.  New Yorker has dozens of KS, BOB and BOG wins and has produced some absolutely incredible Rottweilers.  We are so excited to include Anja in our breeding program and expect consistent conformation and reliable character. 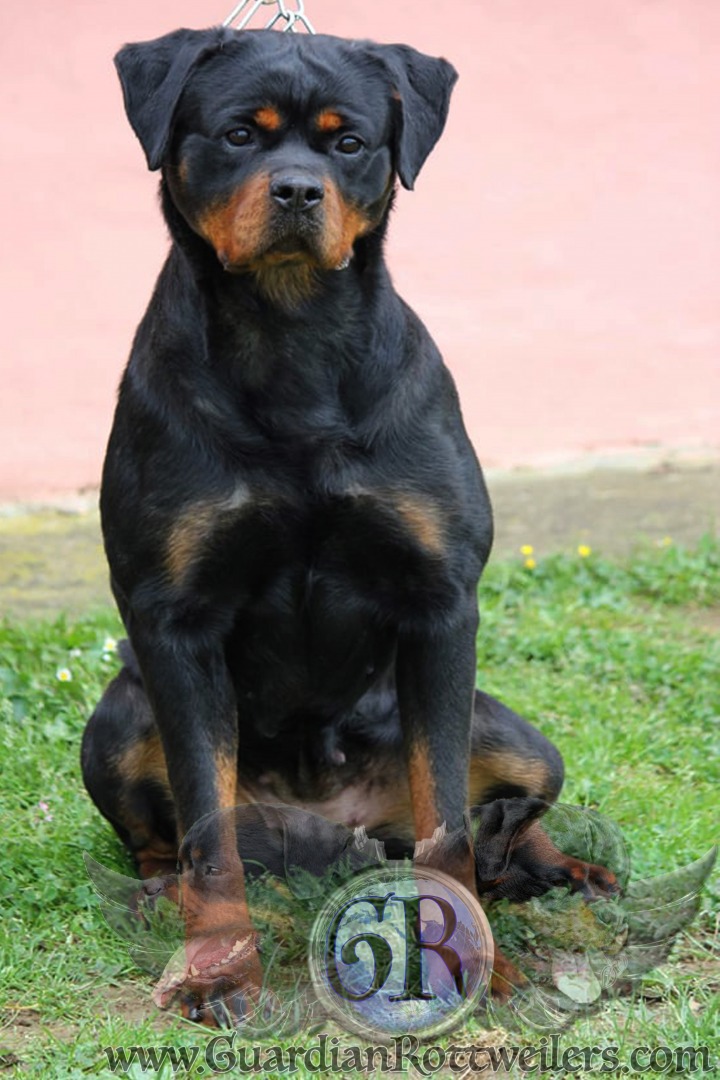 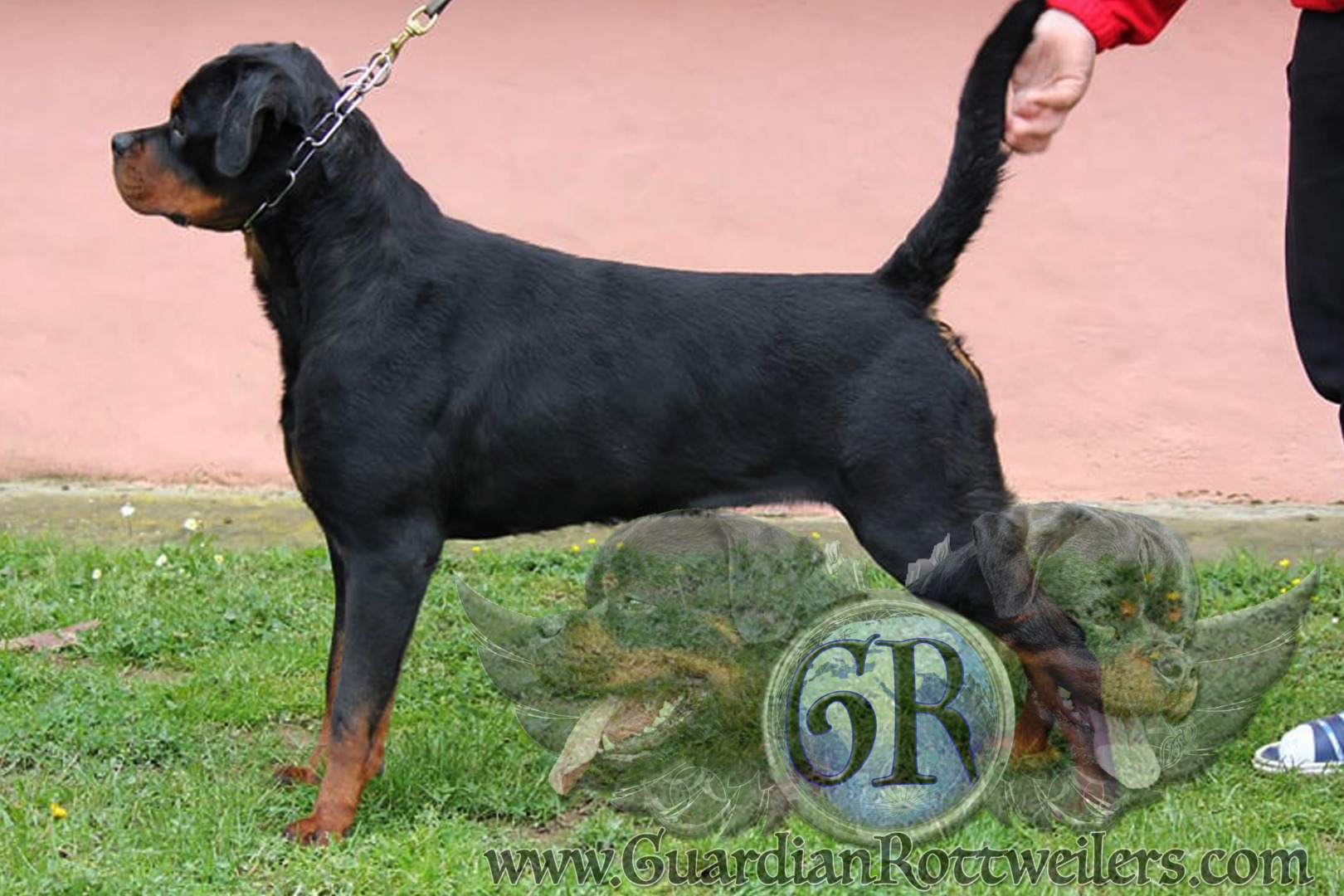 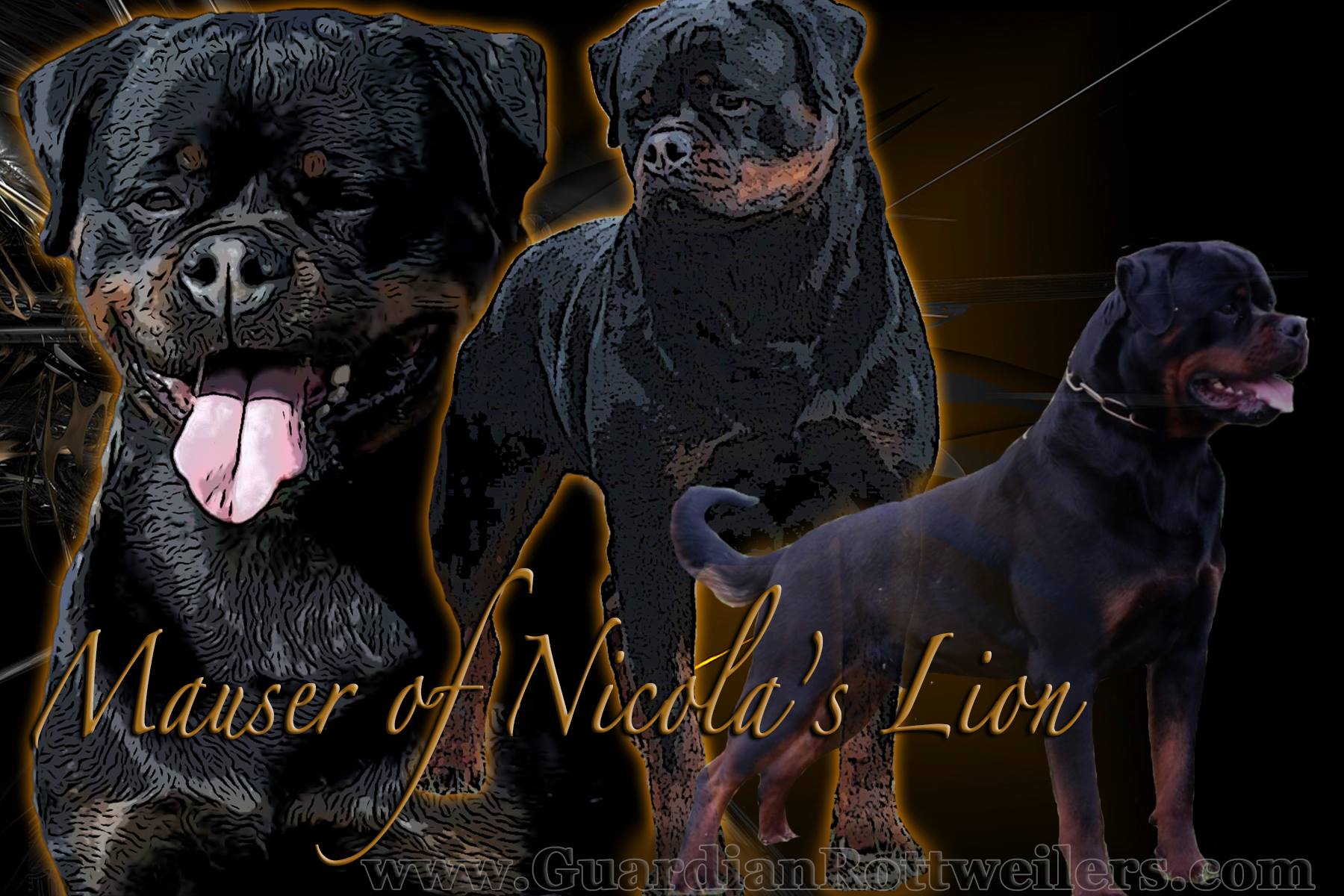