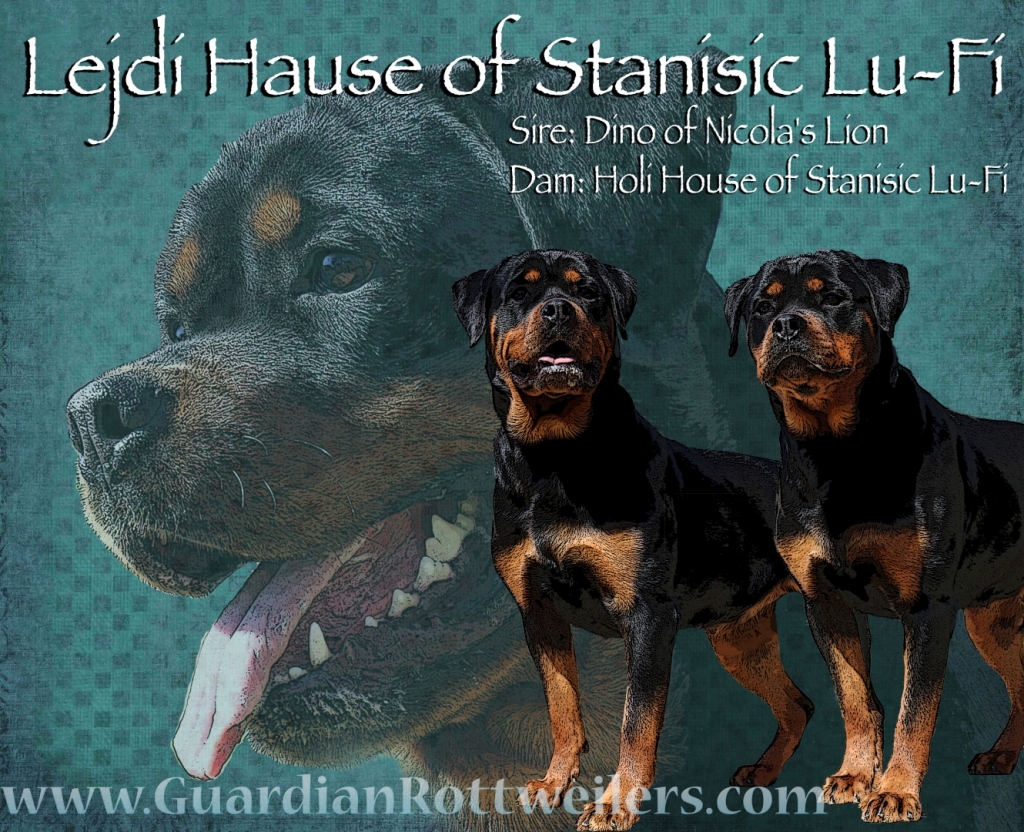 I love this happy, bubbly ray of sunshine so much.  She exudes pure joy and always has a smile on.  Lejdi (pronounced Leddy, very similar to Letty, Dom’s girlfriend from Fast and Furious- which is perfect for her!)  Lejdi has excellent drive and such a fantastic character.  Overall conformation for Lejdi is phenomenal.  She has a perfect topline and a nice square frame.  Lejdi has very clean markings with rich mahogany color.  Her bone and substance are everything you would expect from a Dino daughter.  Head type is incredible.  She has 1A eyes- the darkest possible and the most perfect and desirable per ADRK German Standards.  Mouth pigment is also as dark as possible.  Light eyes and pink gums are becoming an epidemic with this breed- both faults and both hard to breed out.  Head type on Lejdi is strong without being so extreme that conformation is compromised.  She has a deep stop and full muzzle with a correct 60/40 split.  Such an incredible young female and I cannot wait to see where her career leads. 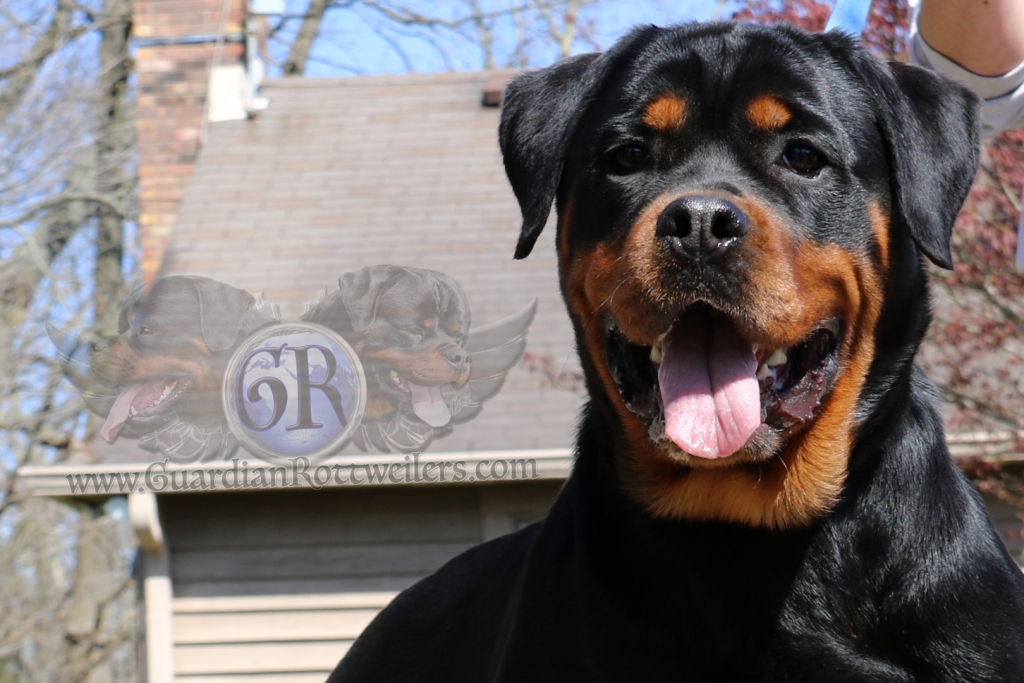 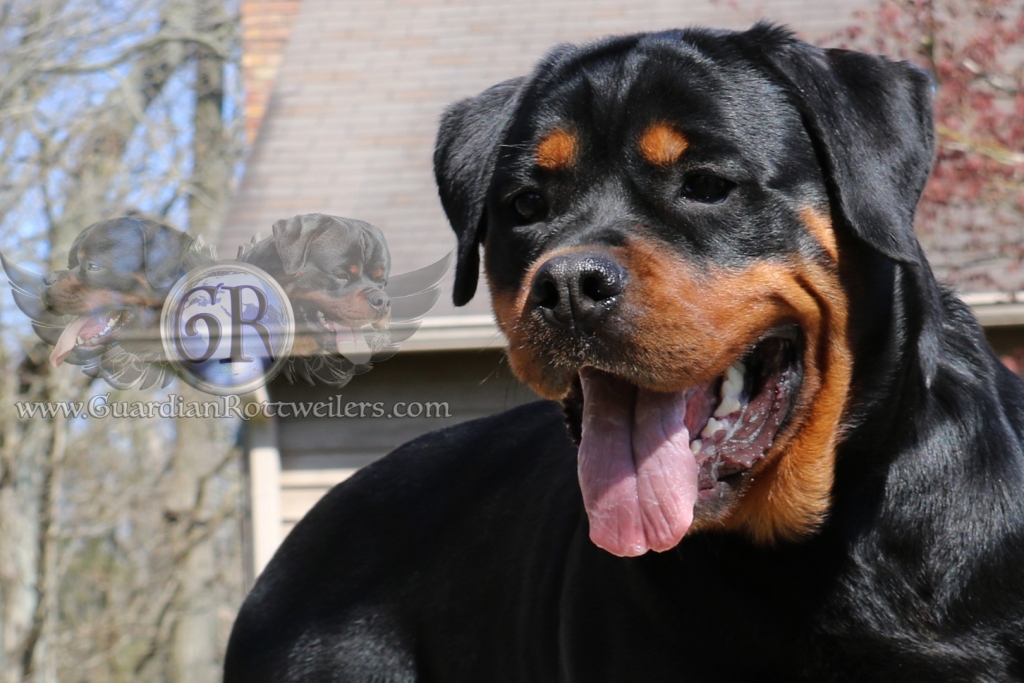 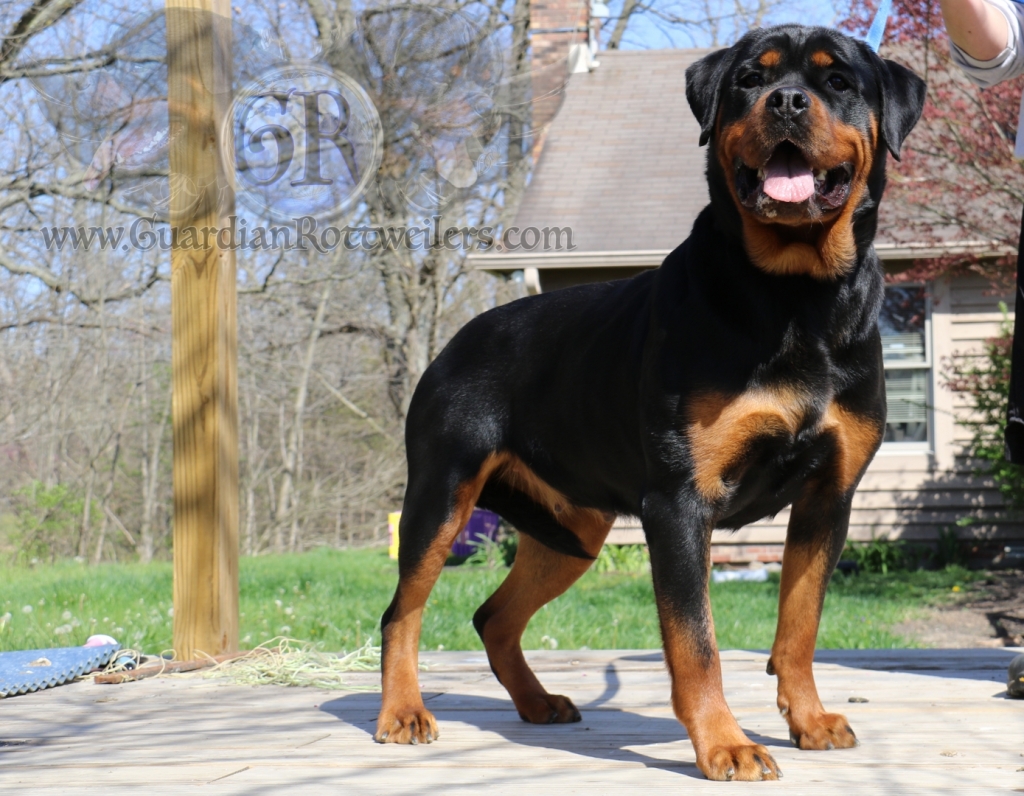 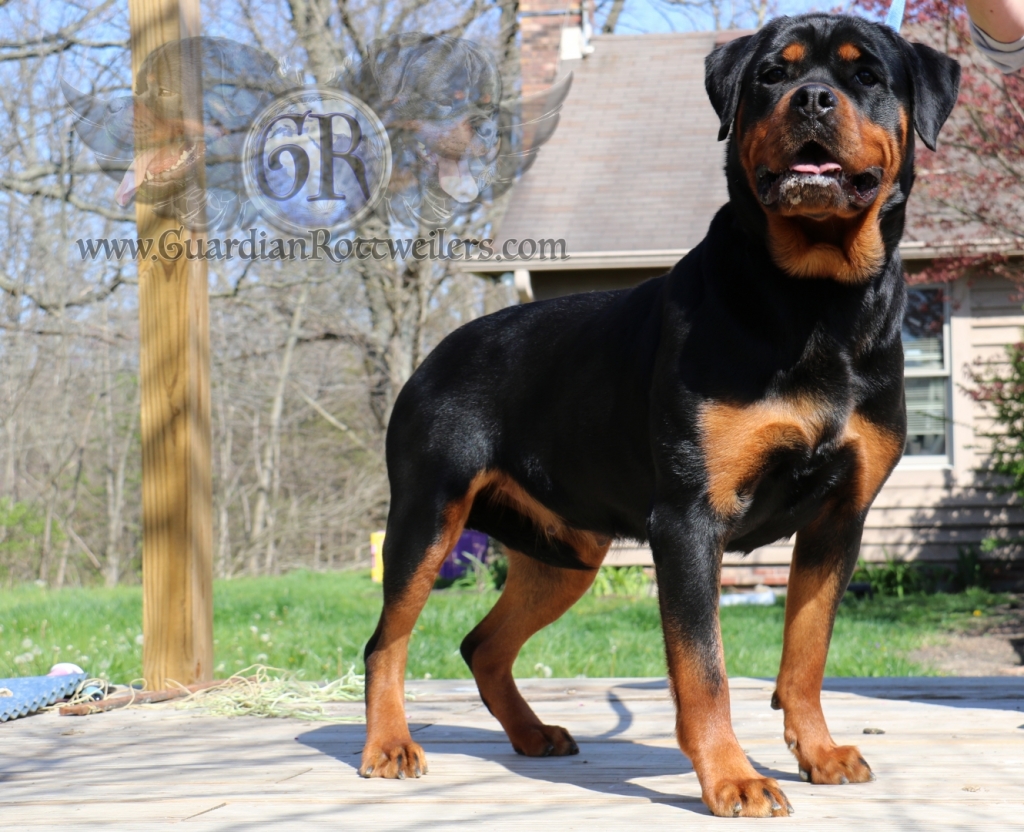 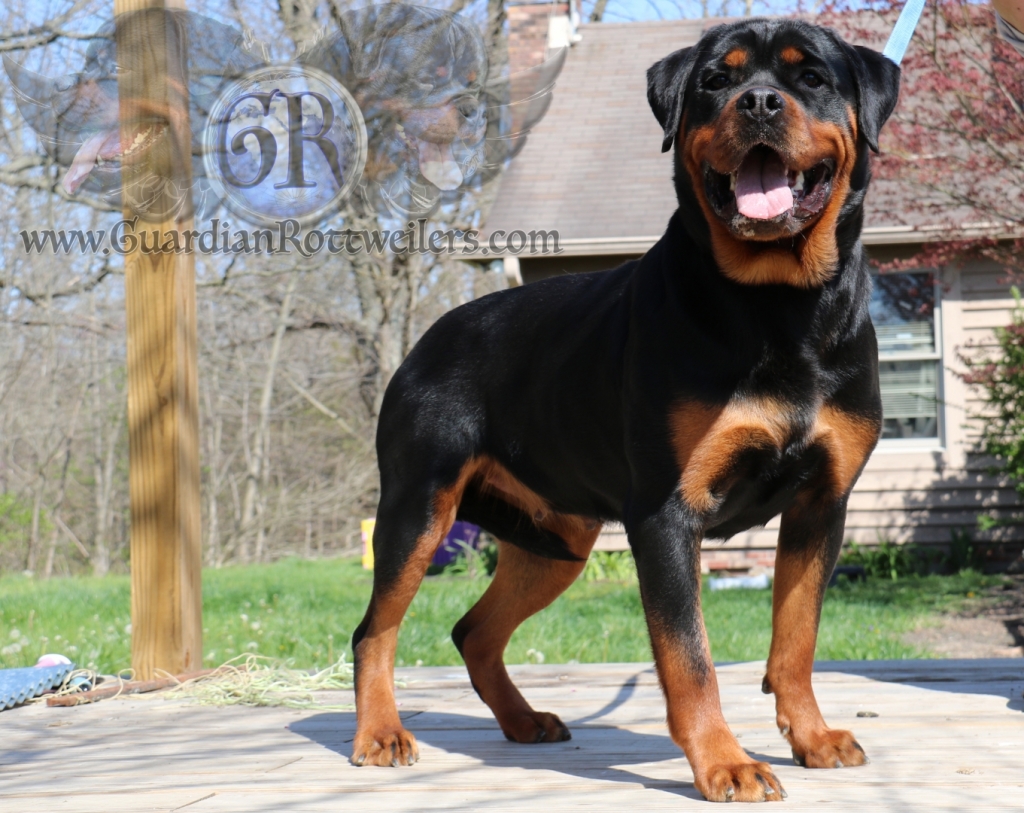 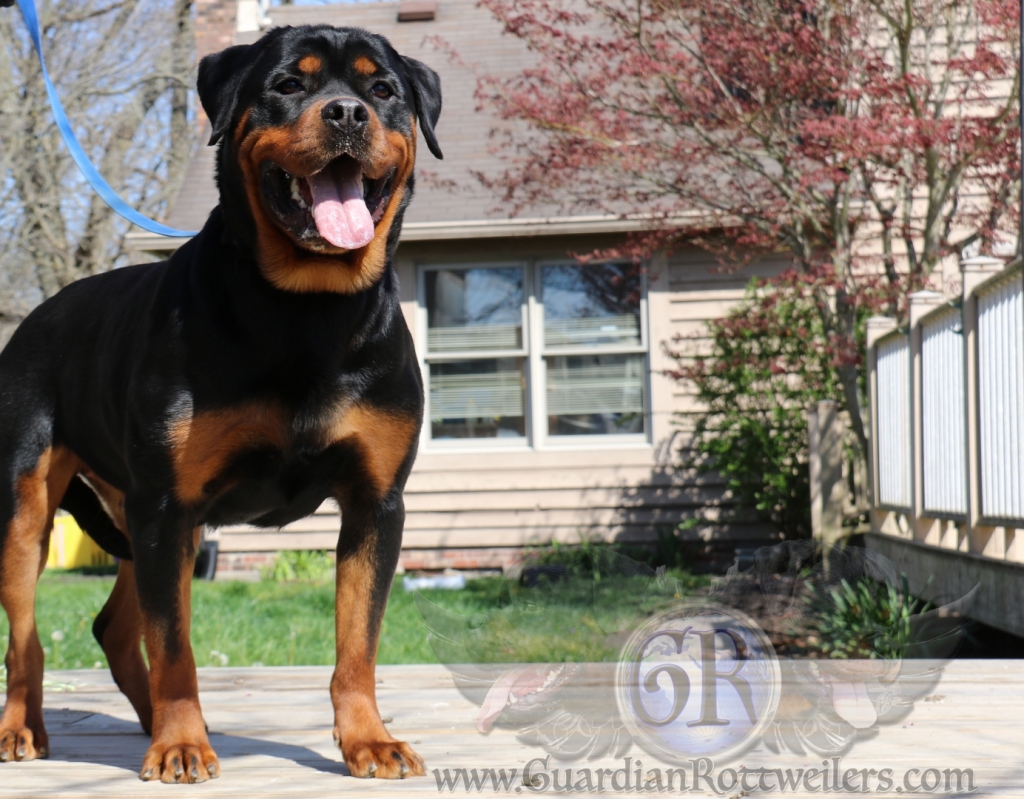 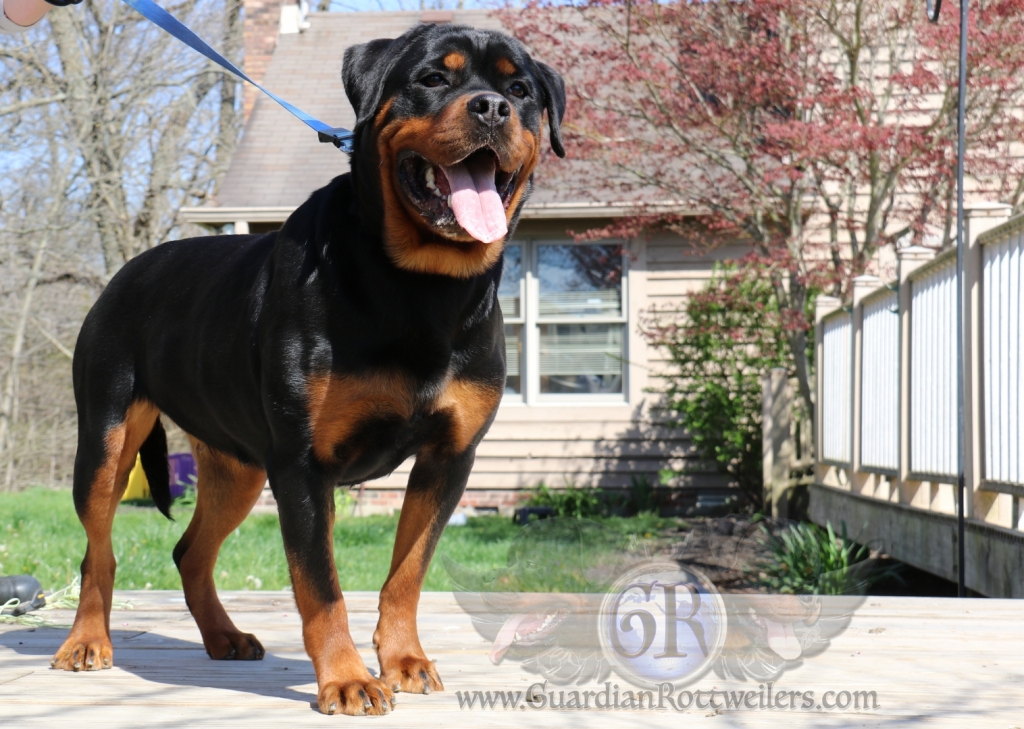 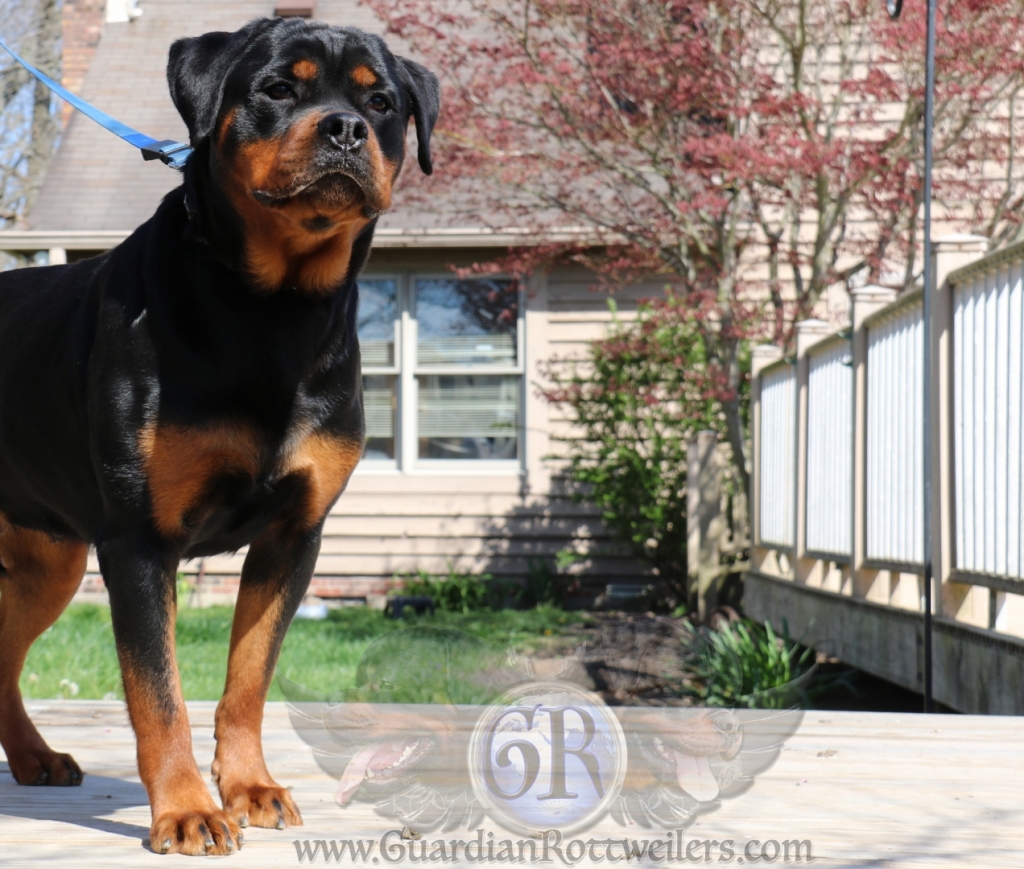 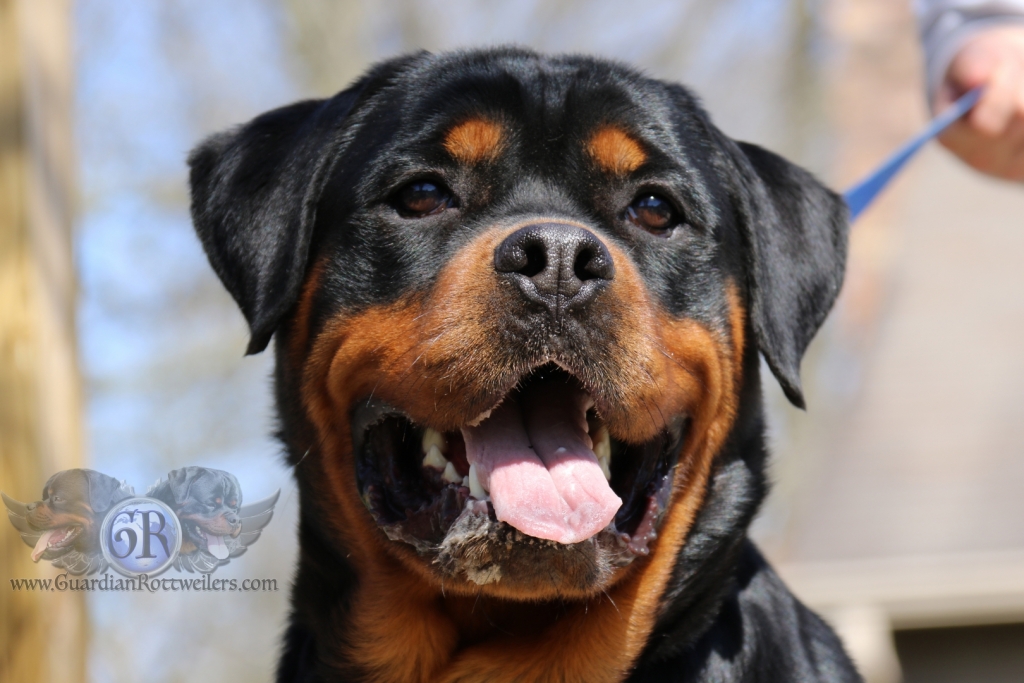 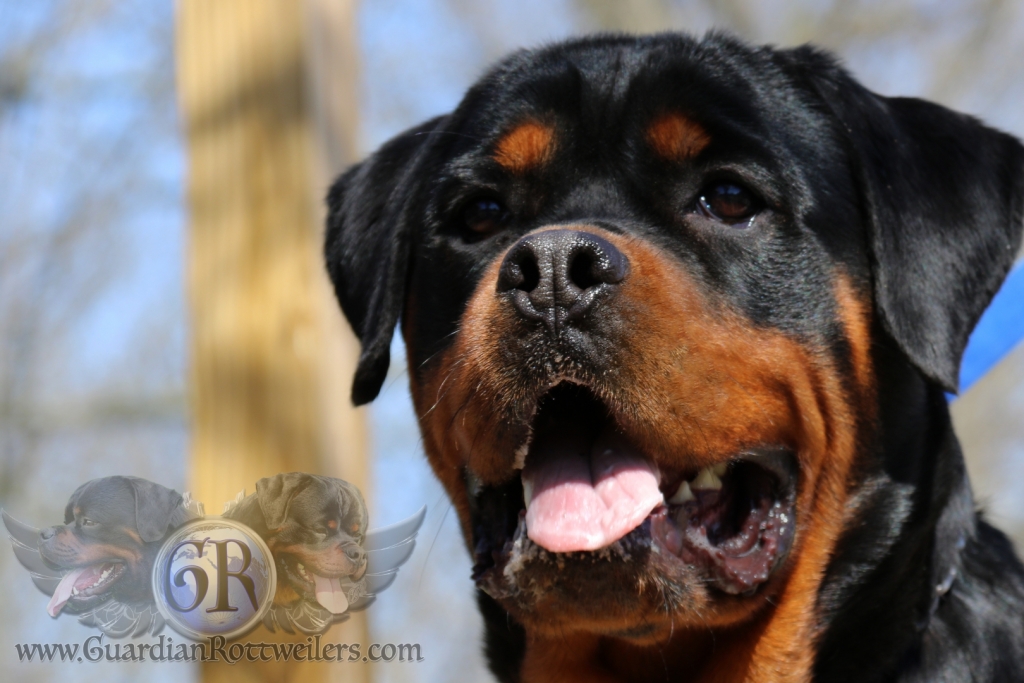 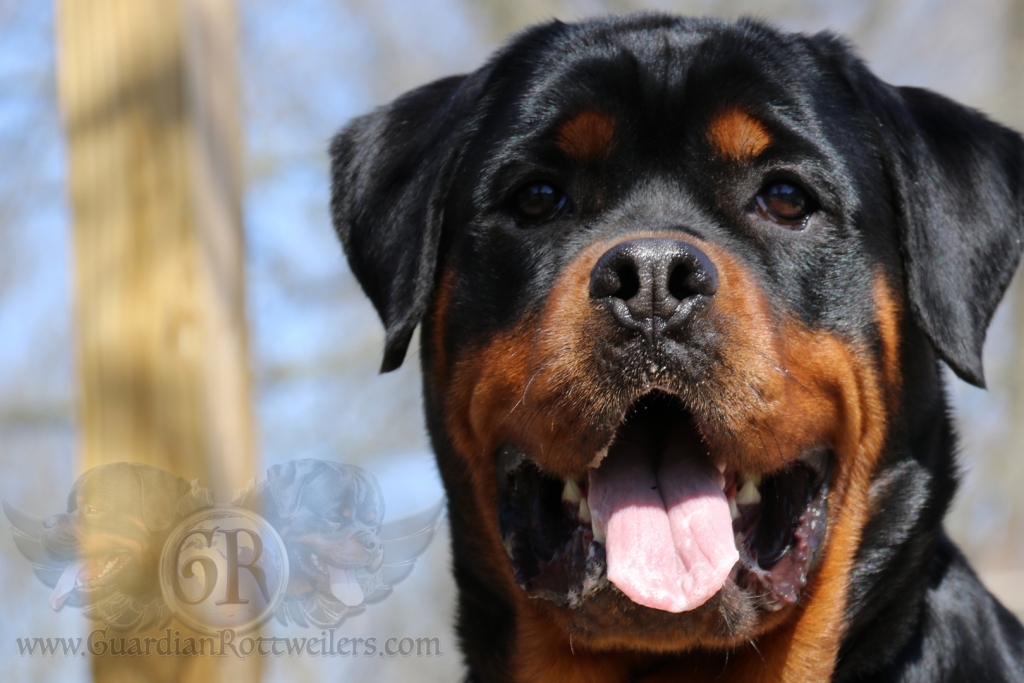 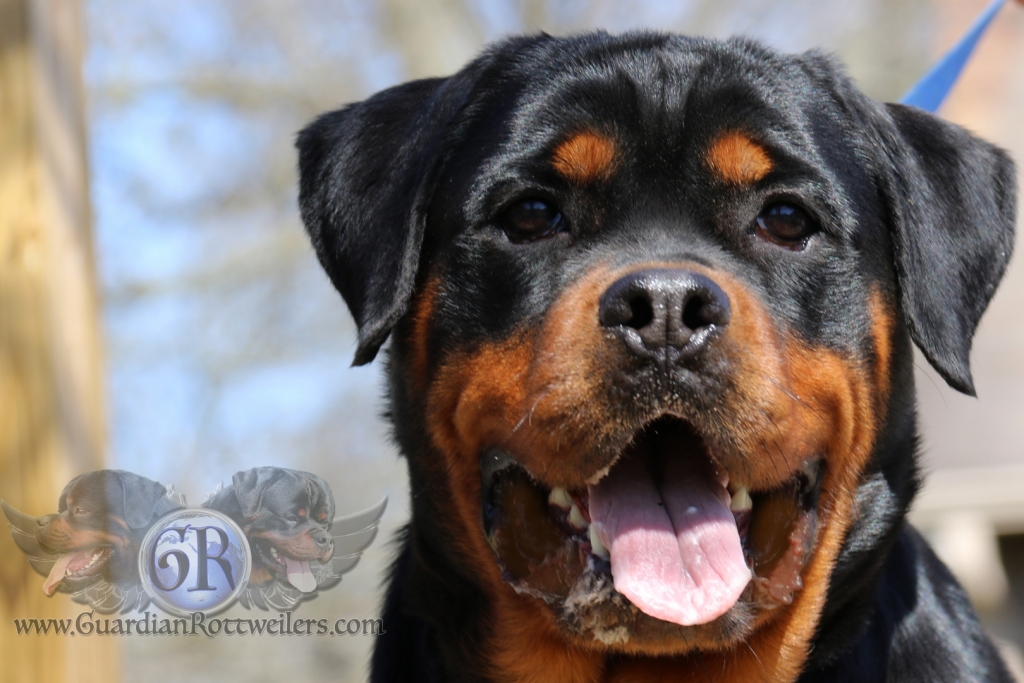 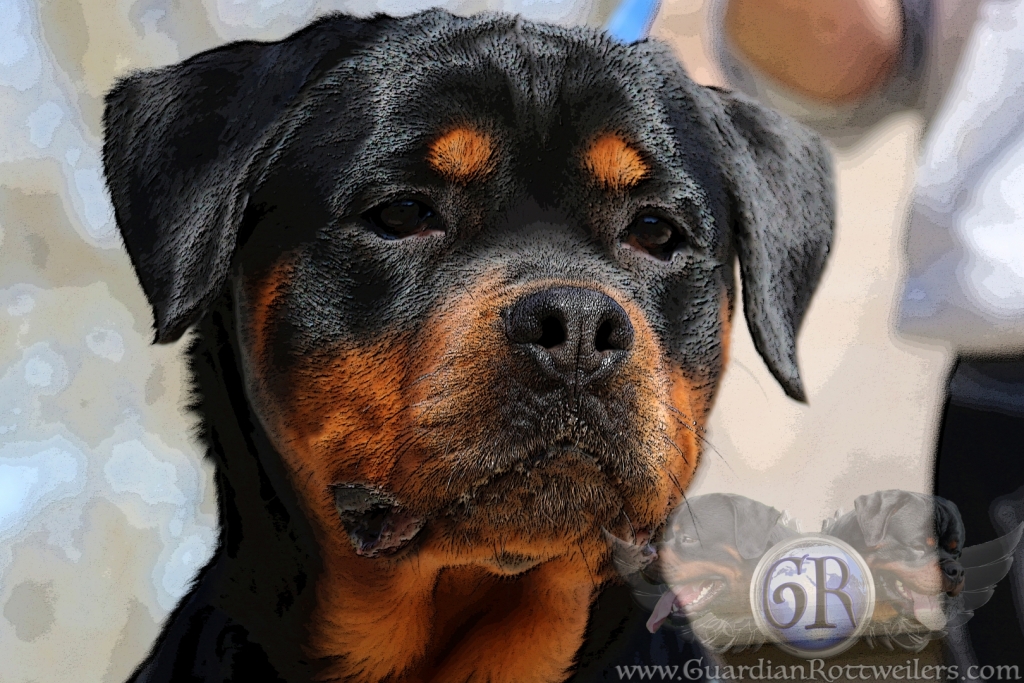 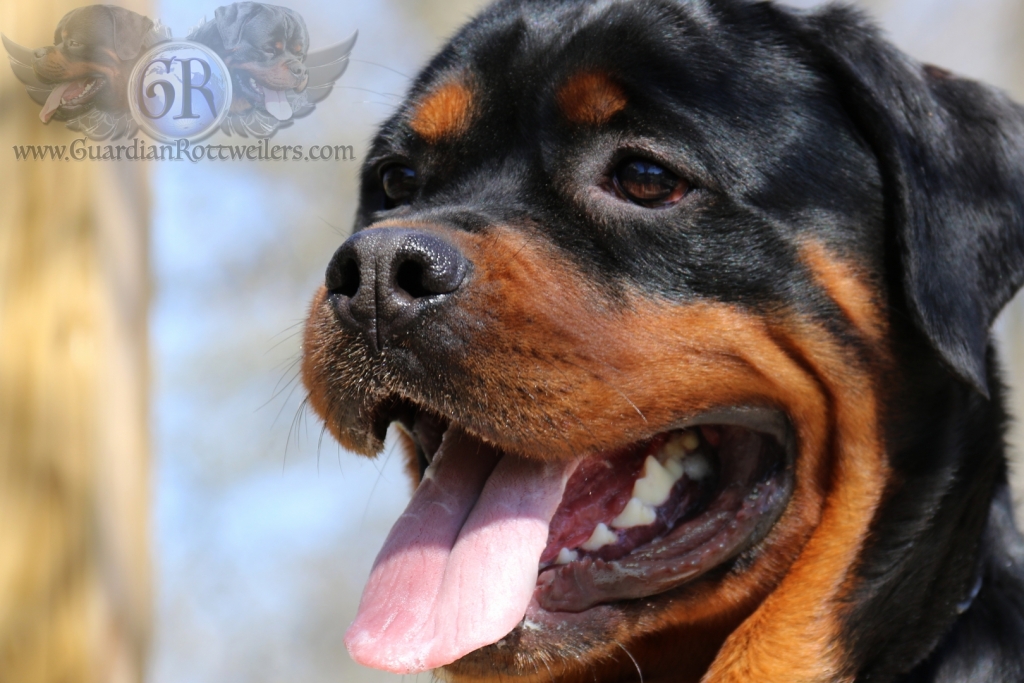 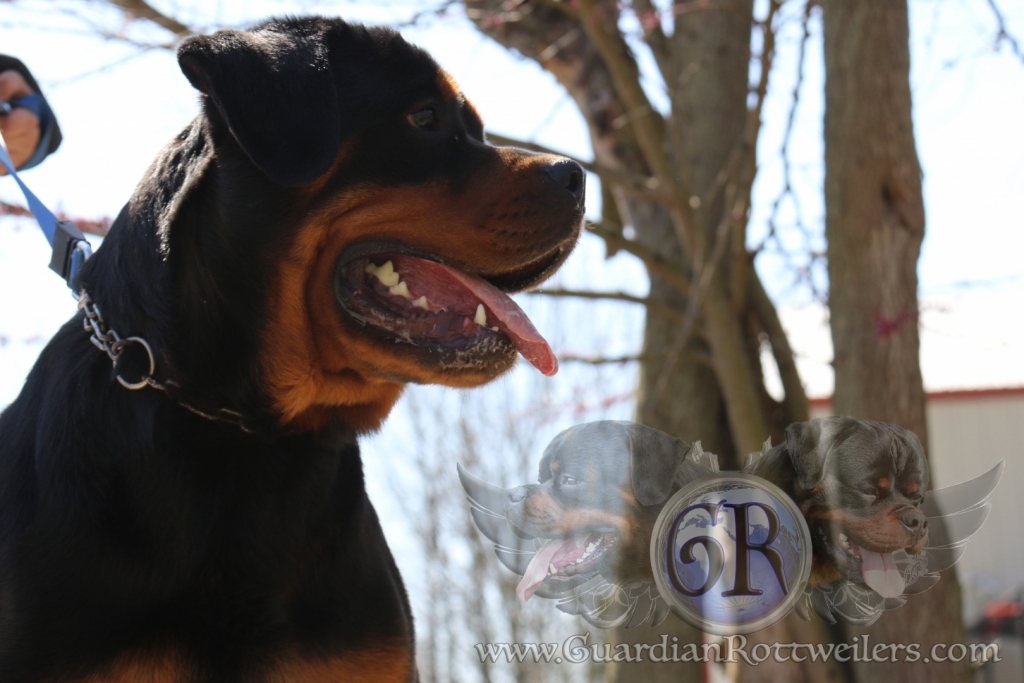 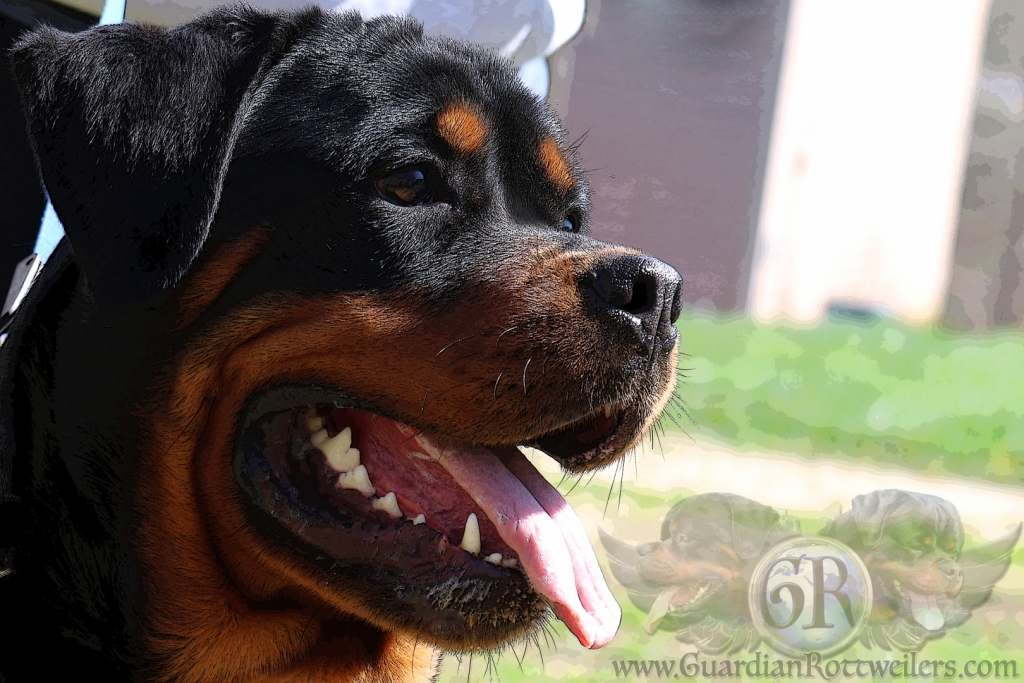 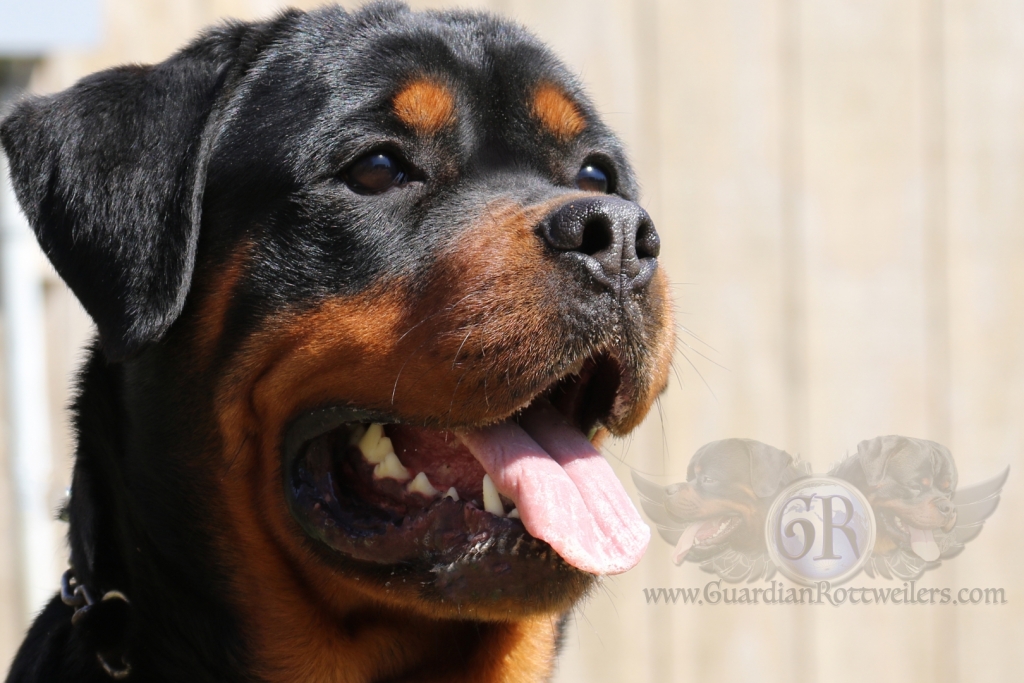 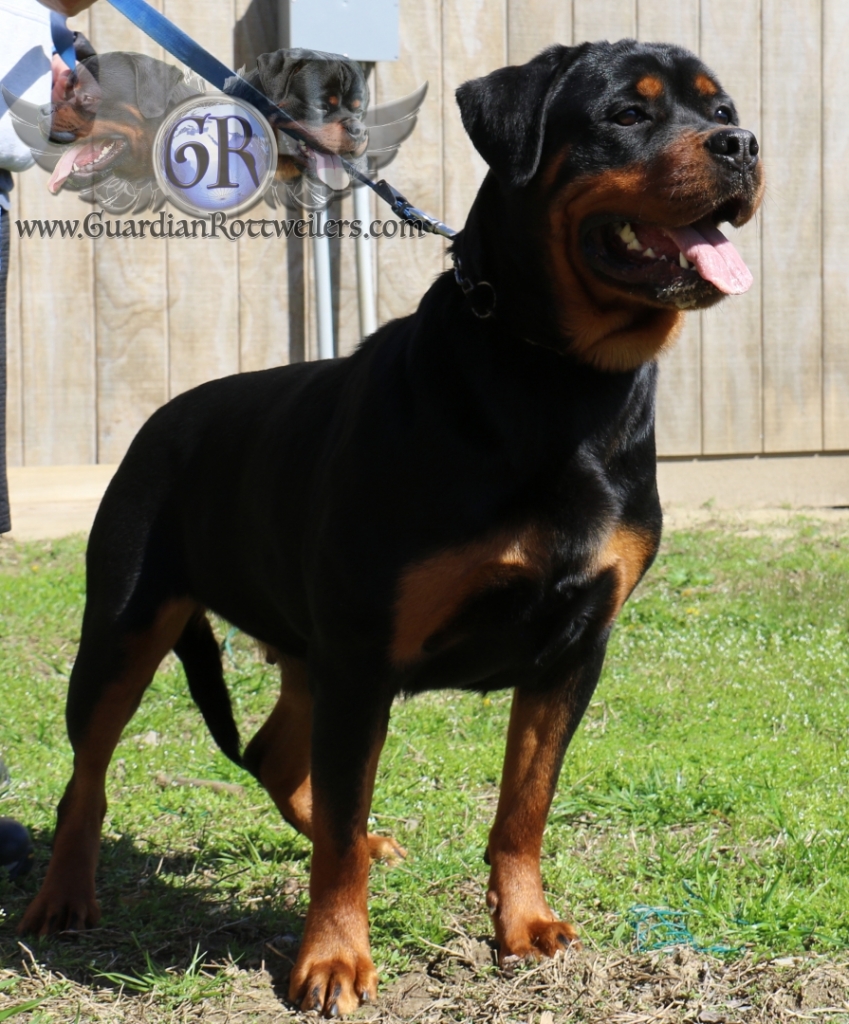 This is a video of young Dino in the Belgium KS in 2015.  He is on the left- check out that RIDICULOUS pumpkin head!