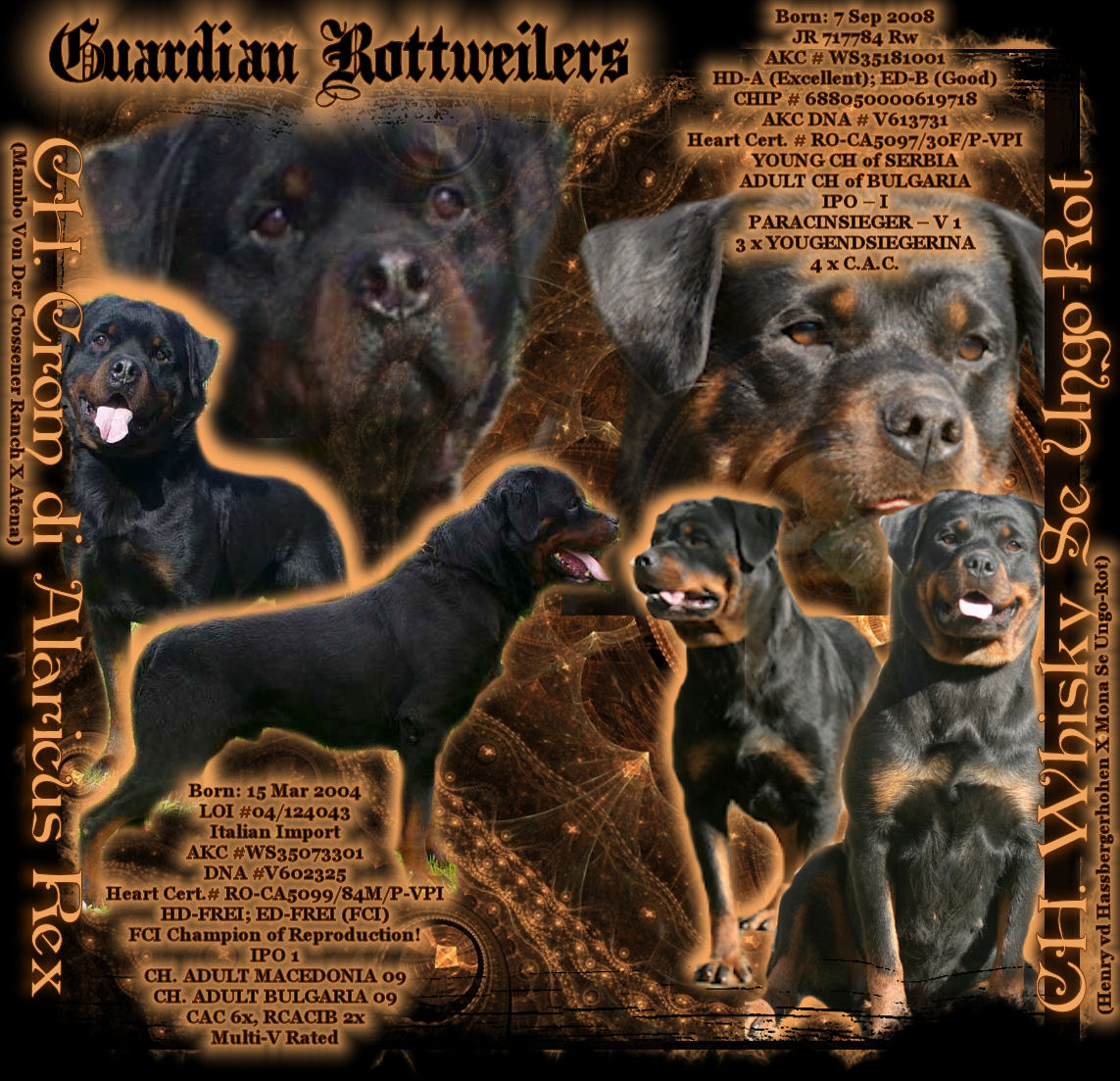 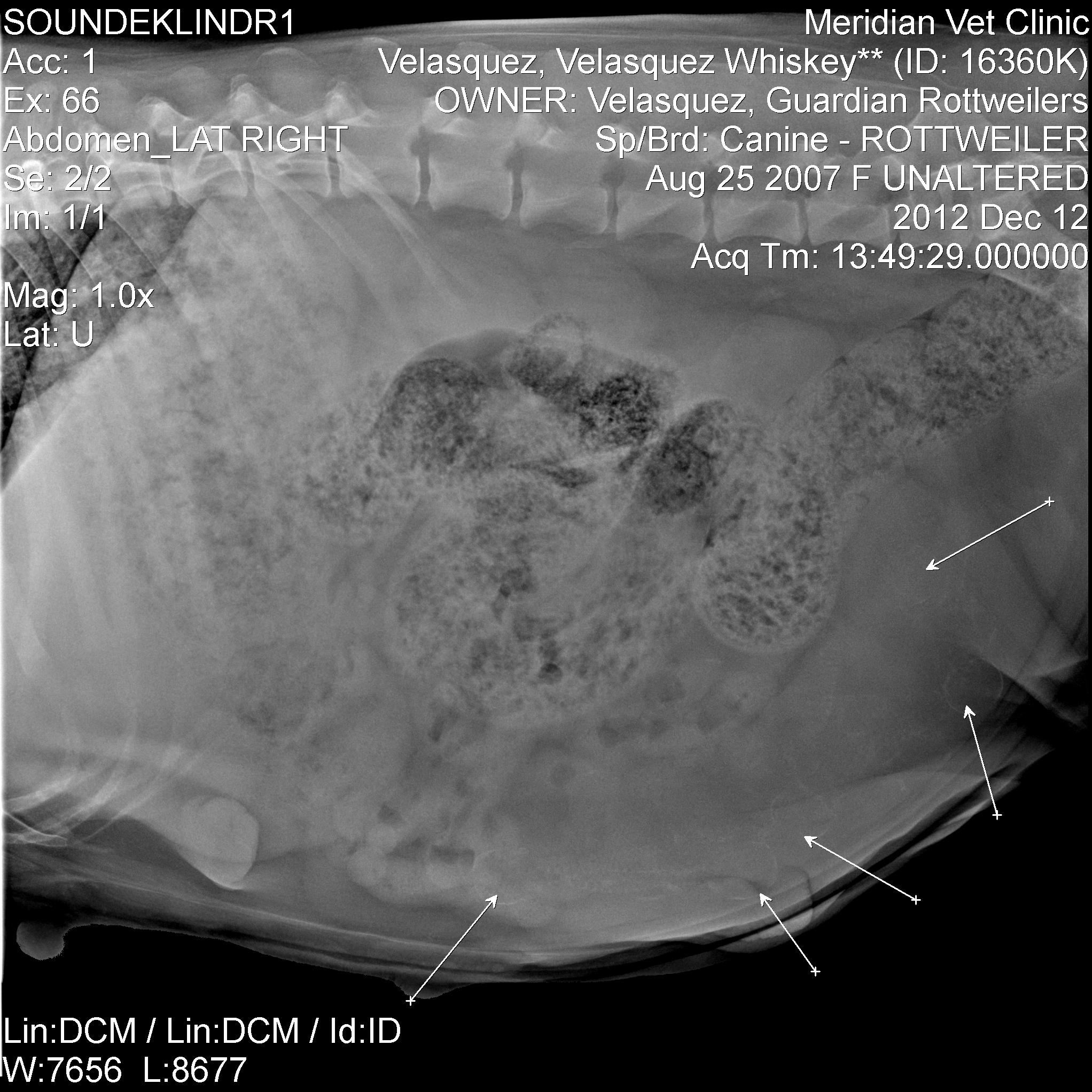 I NEVER get tired of looking at these ADORABLE little babies on x-ray!  Ok, if you have never seen one before, you are looking for small faint circles (these are the skulls) followed by spine and ribs.  I had my vet point some of them out.  I just want to scoop ’em up and hold ’em already!! <3

Here is a video of one of the puppies at 10 days old drinking homemade formula from a bottle! (I think he likes it)

Here are the pups at 20 days old eating semi-solid food for the first time (a mix of pureed salmon, chicken, lamb, whole organic yogurt, egg yolk and goat milk.  Think they like it 😉 ) 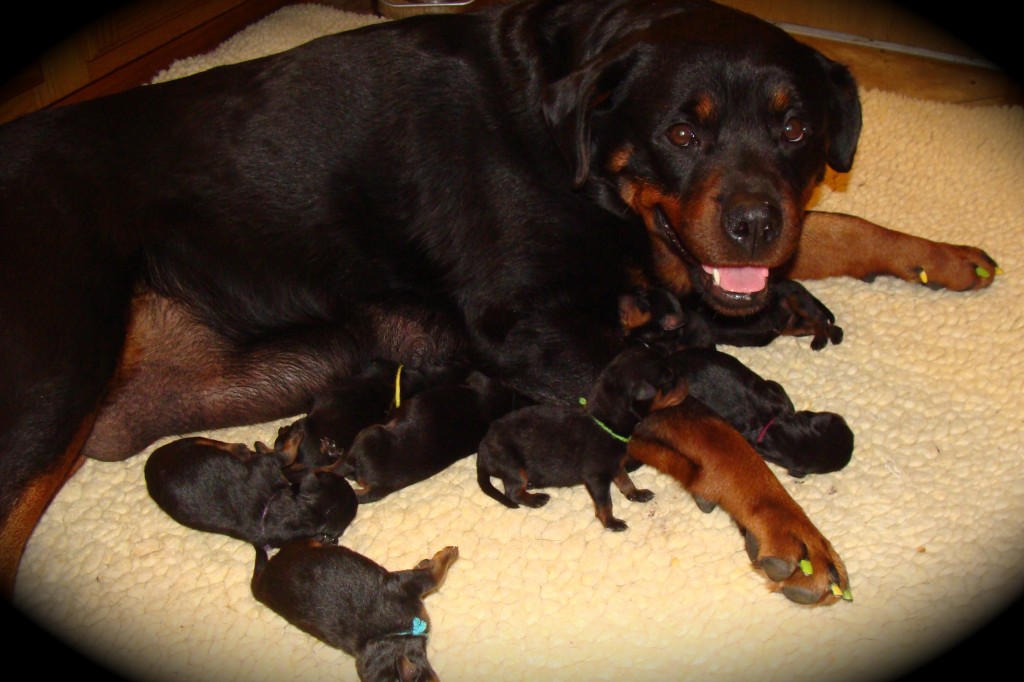 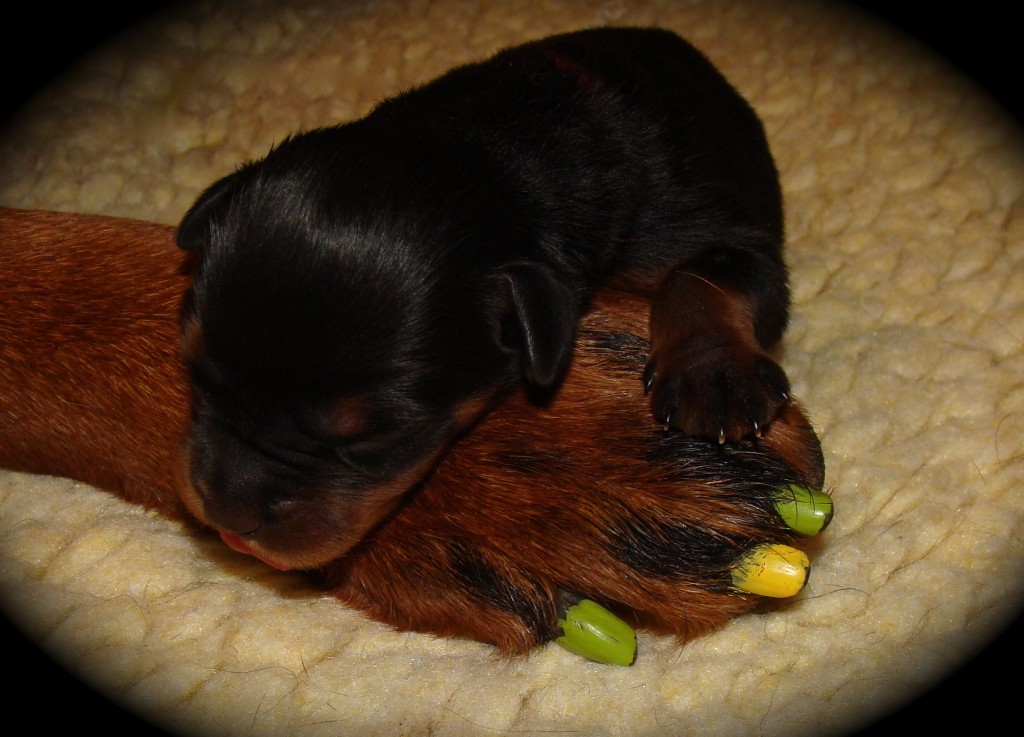 These are some of my most favorite photos ever!  There is something so special and symbolic with mom’s massive, protective- strong but gentle- paw with her daughter’s tiny little paw resting so safely and secure on top.  These photos, at least for me, just really capture everything I love about this breed and these exceptional Rottweilers.
Here are the puppies at 10 days old! 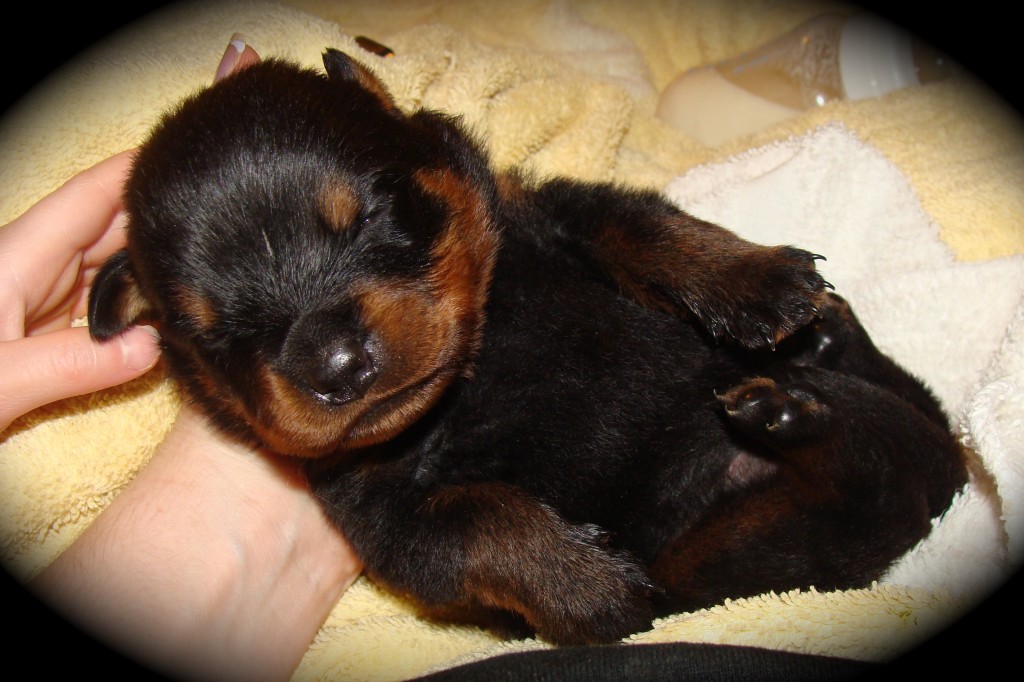 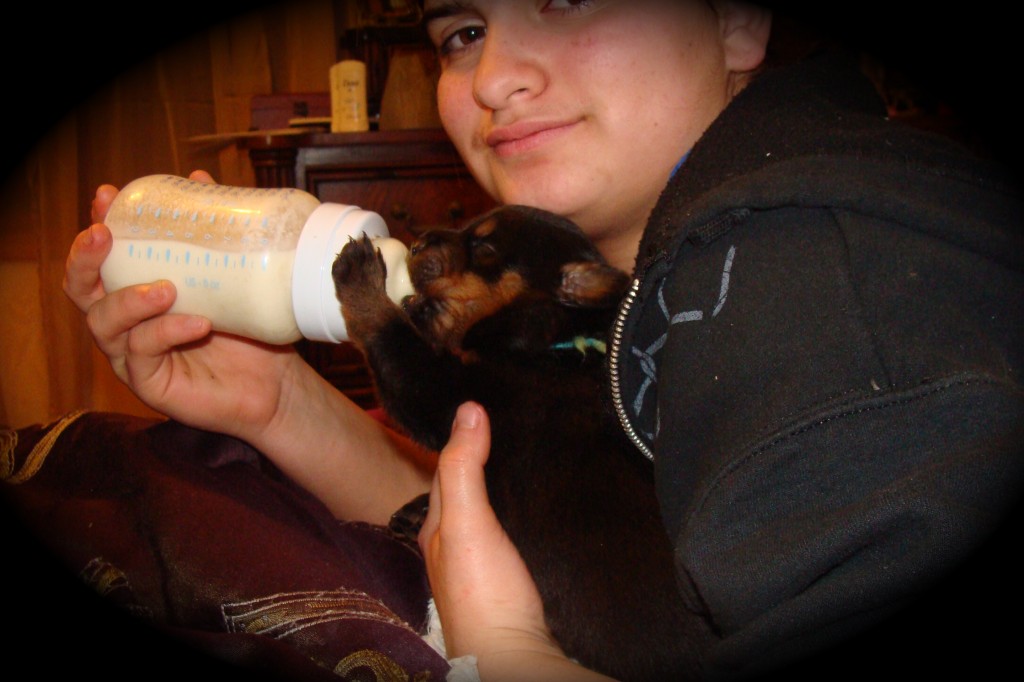 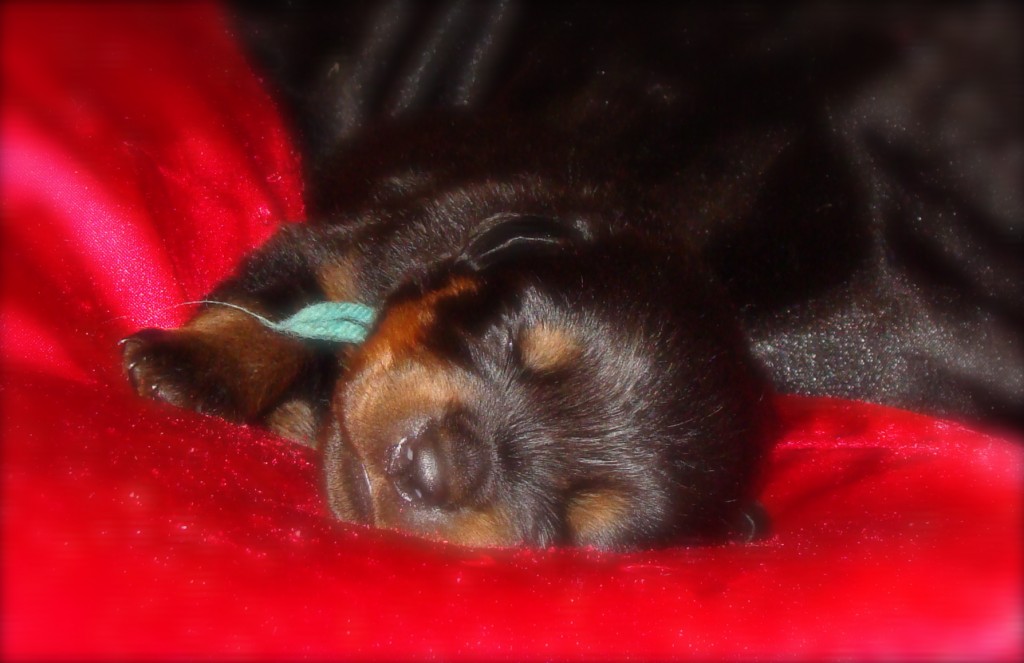 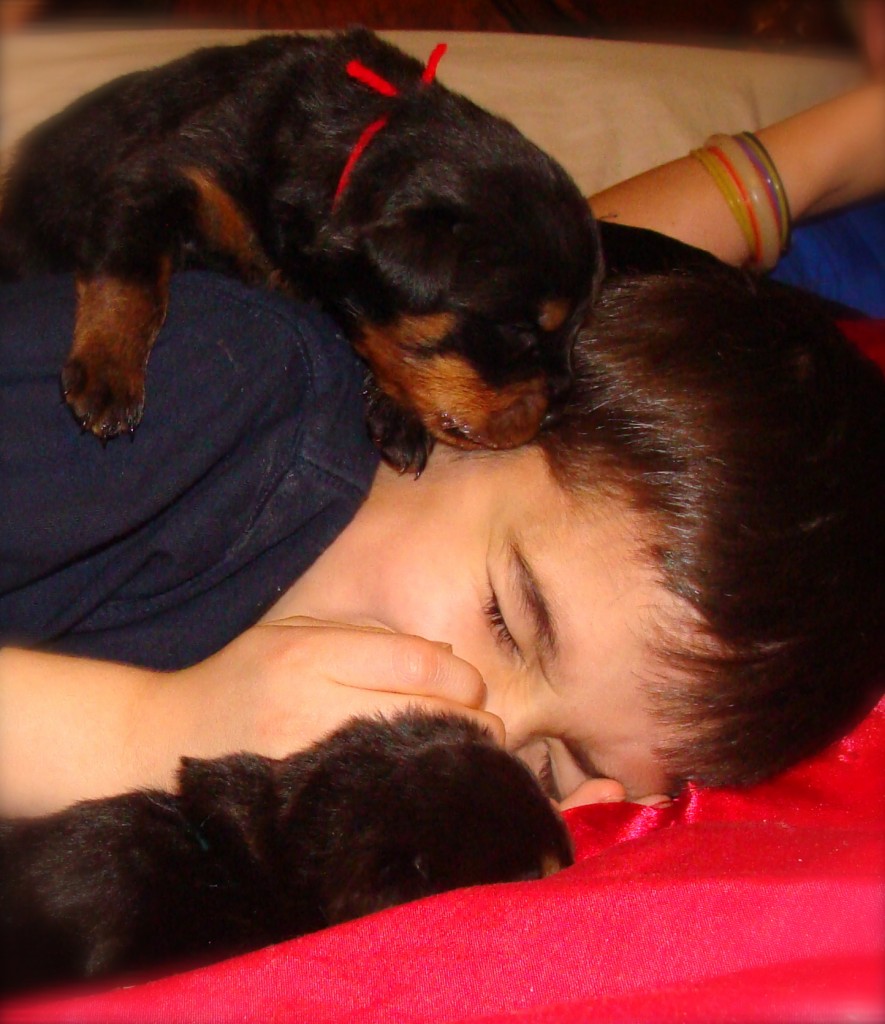 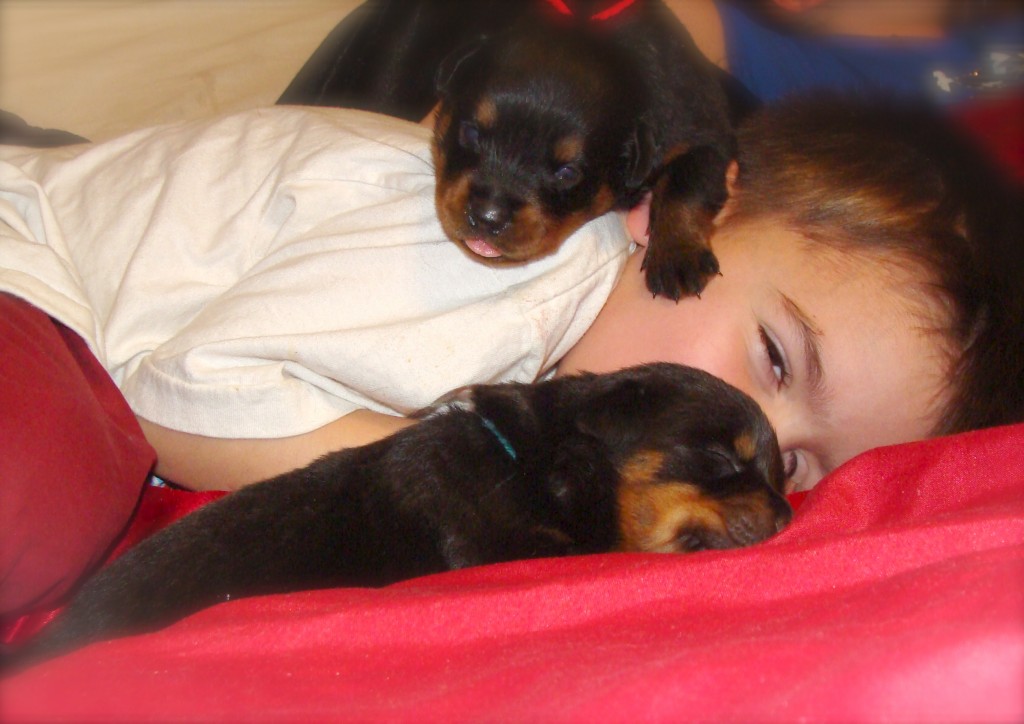 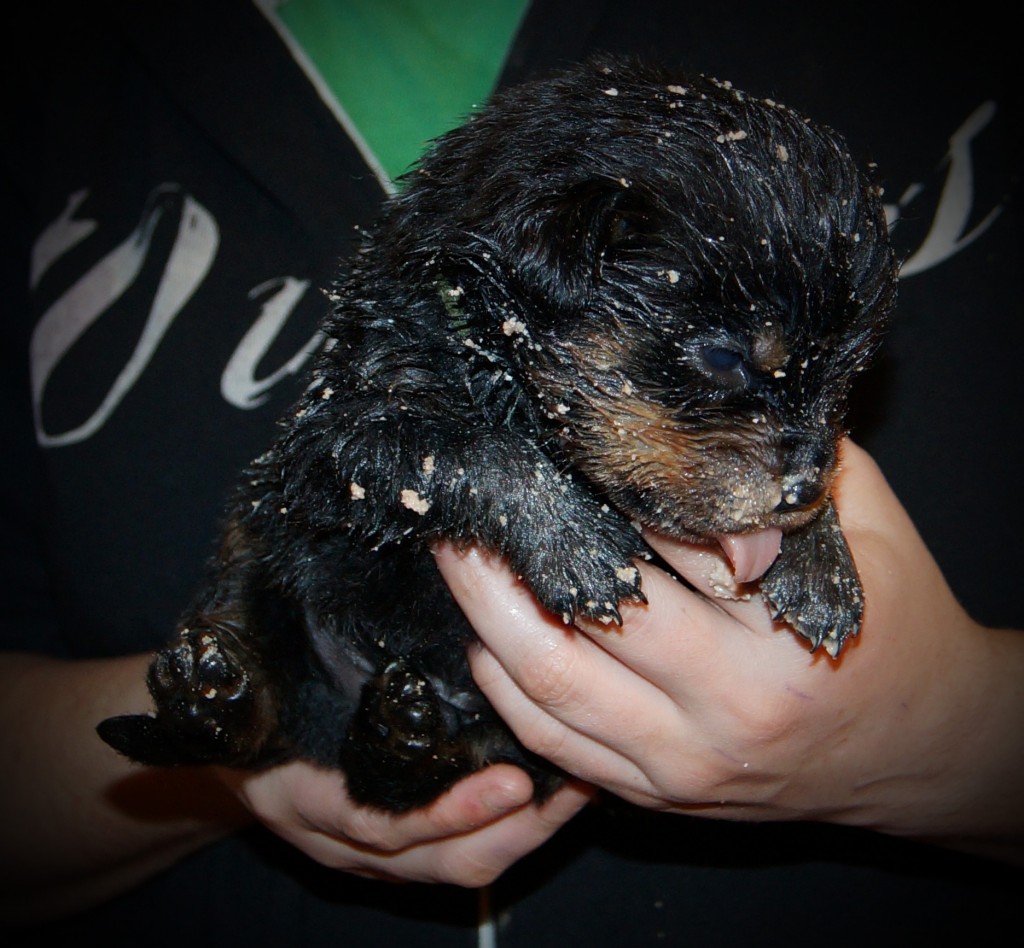 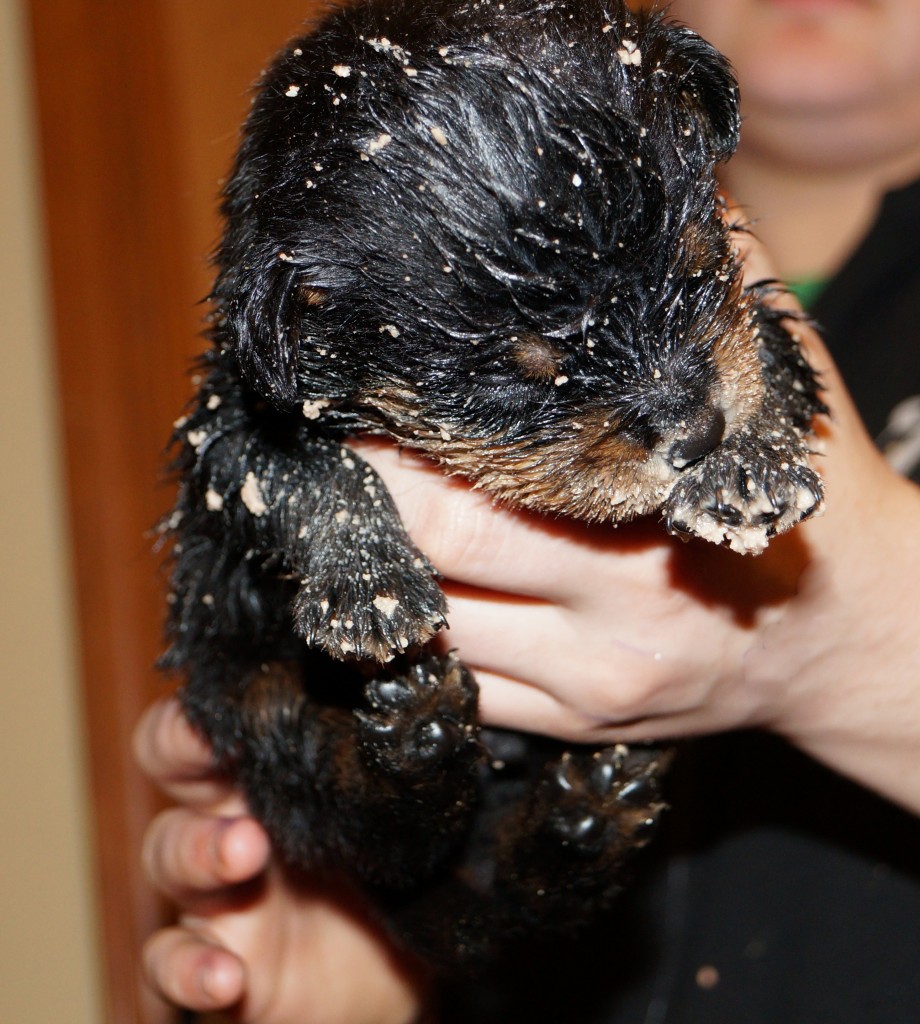 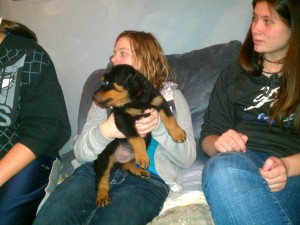 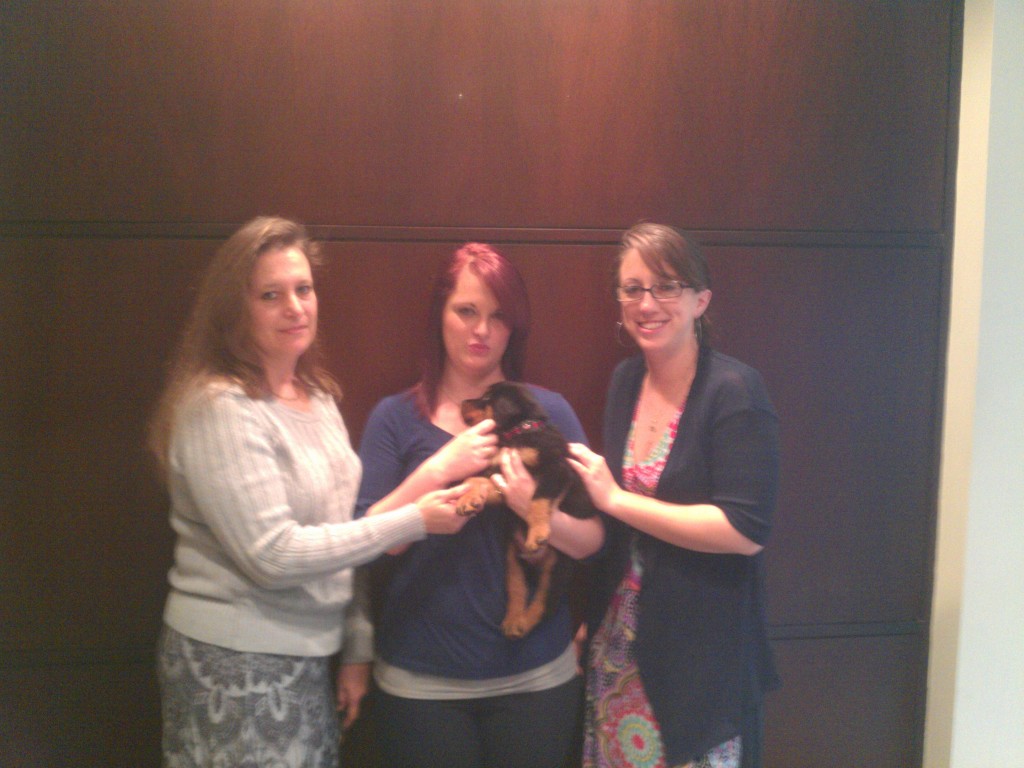 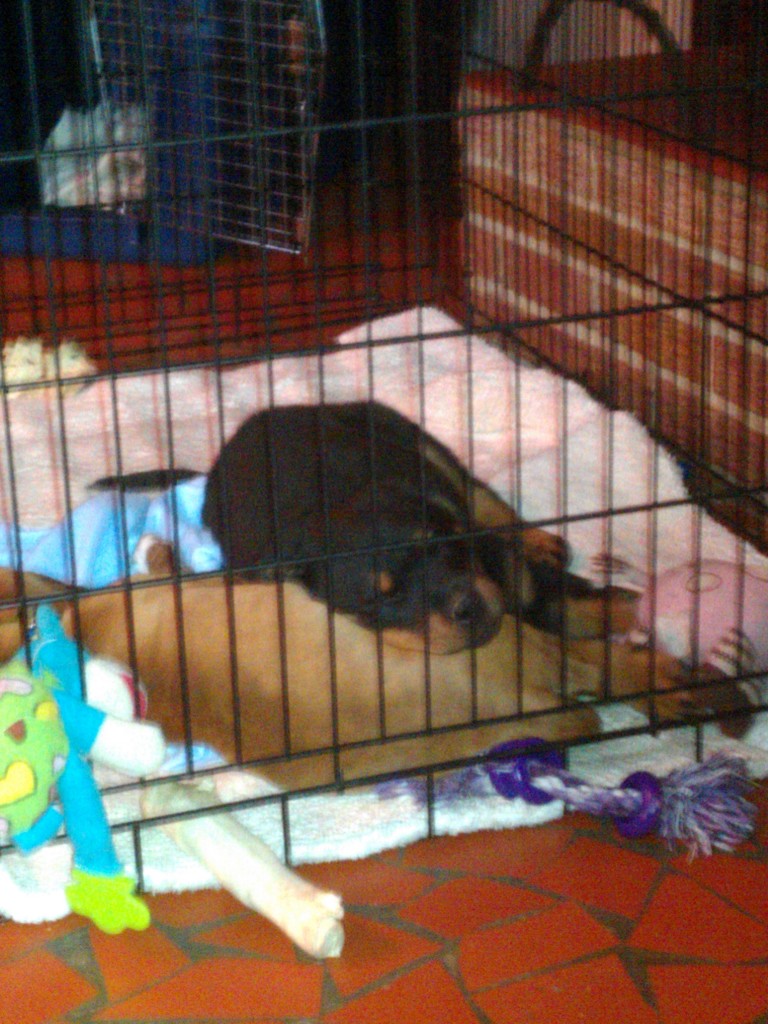 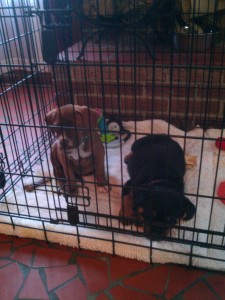 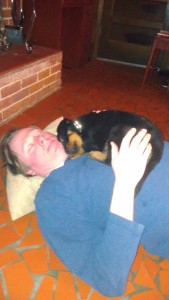 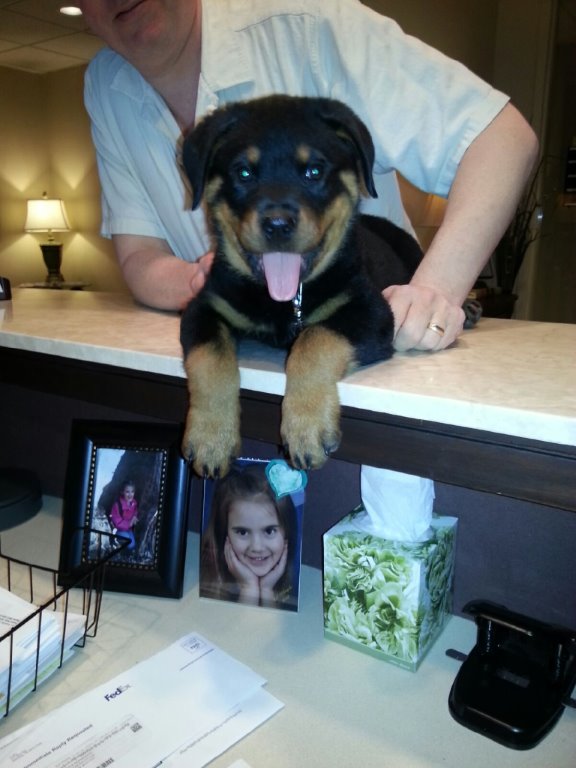 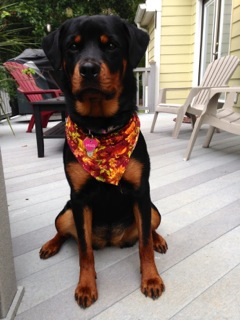 I finally had an opportunity to read your email.    Thank you sooooo much!  I will let you go for a while as I know you must be busy, and things have definitely improved with miss Edna! 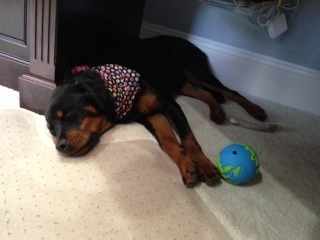 She is amazing; praise the Lord!  She already knows to down and she will do it without the command when we have a toy she wants in our hands and we then praise her and give it to her. And she is sweet and funny!!   Everyone is so impressed by her.  I tell you now that when the proper time comes, we want another Crom and Whisky baby! 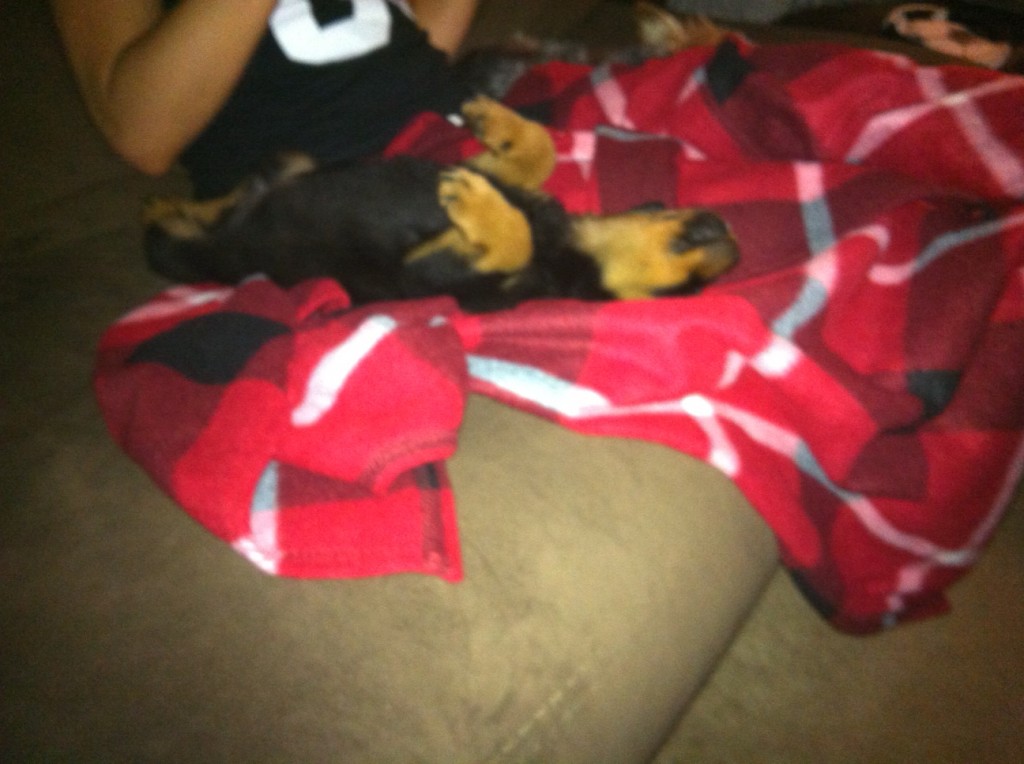 I thought this was hilarious! We just got done playing and he feel asleep like this! 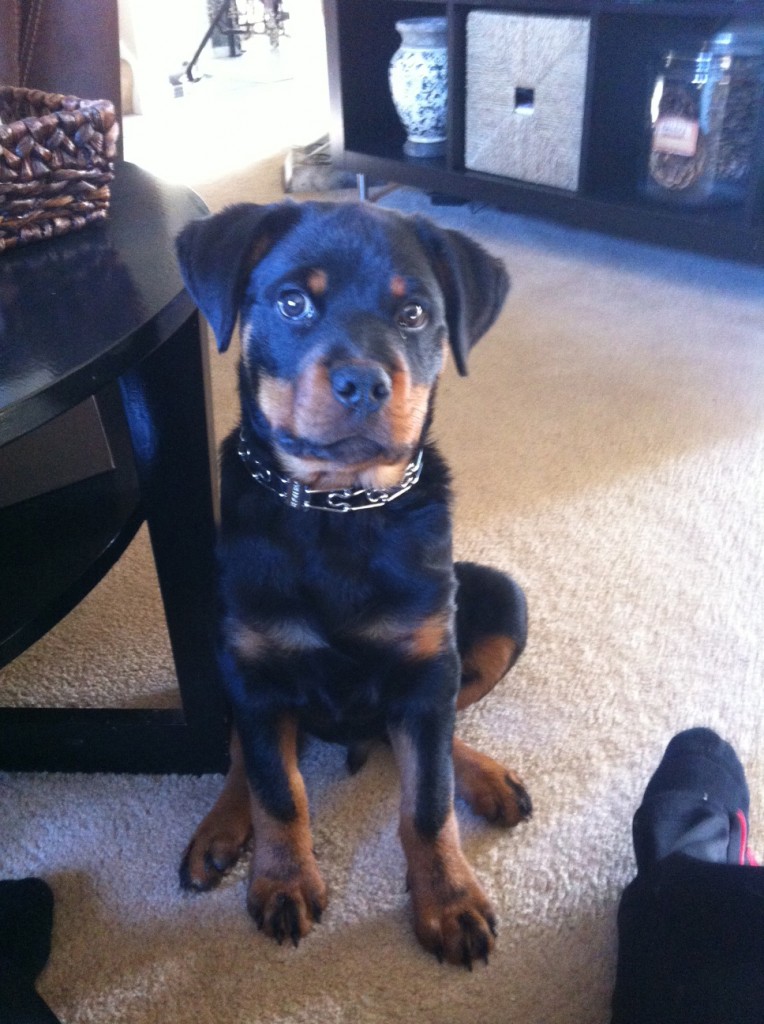 Just thought you would like a recent picture of him!
Have a nice Sunday!
Tim 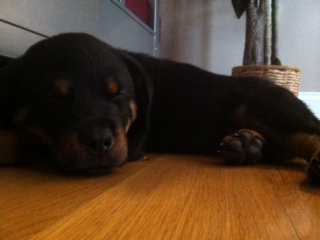 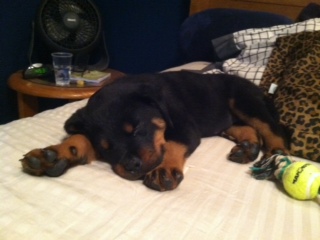 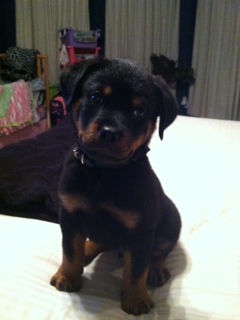 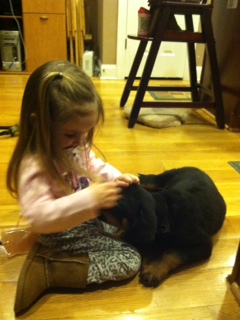 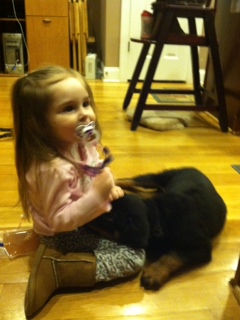 I hope this email finds you well!
I attached the photos this time, the pics were on my cell phone so when I sent them before I guess it wouldn’t come over on email. Let me know if you can’t open the attachments for some reason.
Donato is doing great!  I taught him to sit on the sixth try, and a high five!  Sometimes he lays but we’re still working on that as well as house breaking him 🙂
Tim Hi Alice, 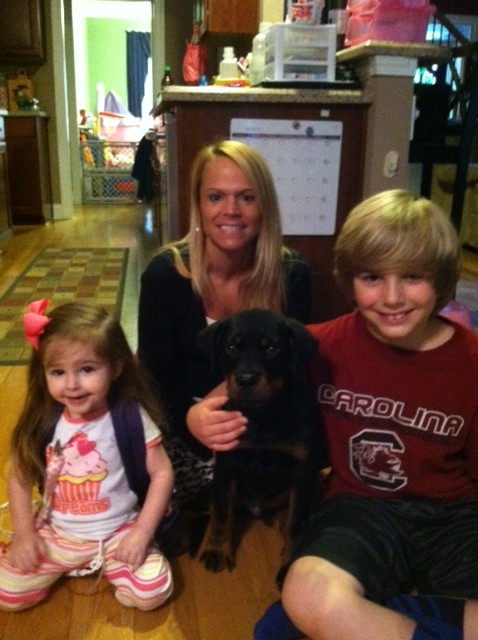 I hope all is well with you, your family, and the furry friends!
Just wanted to give send you some 4 month old pics of Donato.  He’s so AWESOME!  We all love him soooooo much!  Everyone that meets him always comments about his temperament and how he’s such a great looking pup! 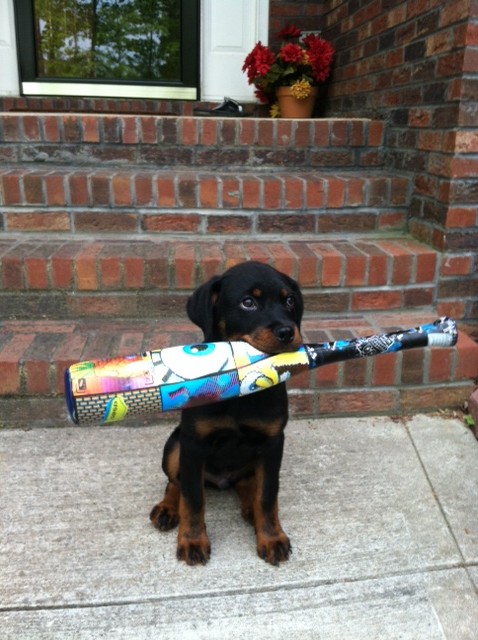 He’s growing like crazy, weighed him today and he’s 25 lbs exactly (one day shy of 17 weeks old).  Is that where he should be at that age?  Also, how much does Crom and Whiskey weigh?  People always ask me that question and I have don’t have the answer for them.
Lots of love from the Wise family!
Tim
Hi Alice,
Greetings from SC!  Just wanted to send a quick update on Donato at 5 months old (5/31/13). He’s up to 38 lbs now and is such a good boy, housebroken, and soooooo smart!  LOVES to play ball, and he’s a silly boy too!  His personality is really coming out.  He knows the difference of being able to play rough with myself and TJ, yet so gentle with the girls (especially Jaylyn).  We couldn’t have asked for a better companion.  Couple of pics over the last month are attached.
I hope you and the family are doing well, will be in touch with another update soon.
The Wise family
(Visited 12 times, 1 visits today)