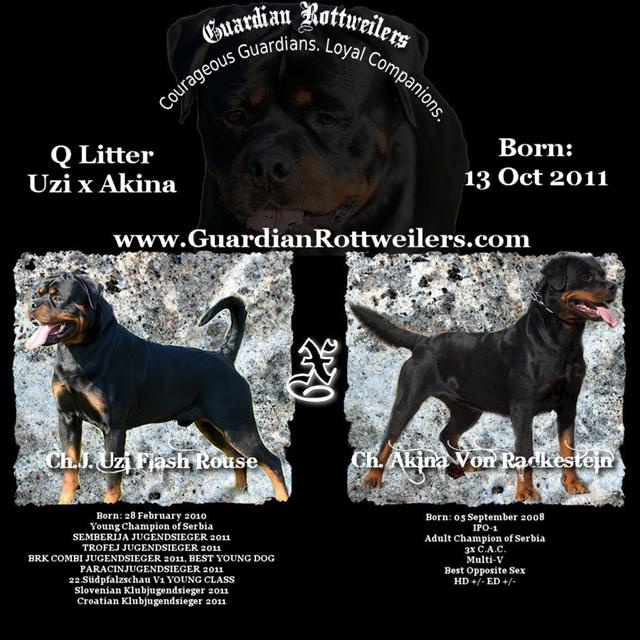 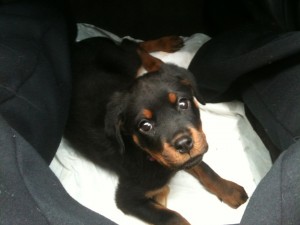 Let me tell you a story about poopin in the house.  My wife was downstairs with Qiwi yesterday morning.  She had Qiwi out of her crate playing with her toys.  Our living room and kitchen are one long open room so my wife was in the kitchen making breakfast when she hears something.  She turns around and Qiwi is sitting at the yard door and pawing on it while looking at her.  My wife thought Qiwi was in the living room so she noticed that Qiwi took a little poop near the front door of the house.  Kira let Qiwi out in the yard where she finished with a big poop.

So apparently Qiwi started to make a mistake, stopped and realized she needed to be in the yard.  We have to find a bell of some sort that can hang from the yard door and start teaching her to ring it when she wants to go out.

Or just teach her how to open it and let herself out!

She is doing wonderfully.  She consistently goes to the door to go potty after 2 days.  (Cant believe it)  of course we bribe her with little treats when she goes.

She sleeps with us through the night and wakes us up at 5a to go potty.

She and our cat play all the time,. we watch very close because its as if they are tearing each other up, then the next minute sleeping together.

I really cant thank you enough, she is just a blessing.

Nala is doing so good. She loves Buffy our boxer and our cat. She had an accident in the house once but goes to door already. I can’t thank u enough. She is simply amazing. Ray and tamela 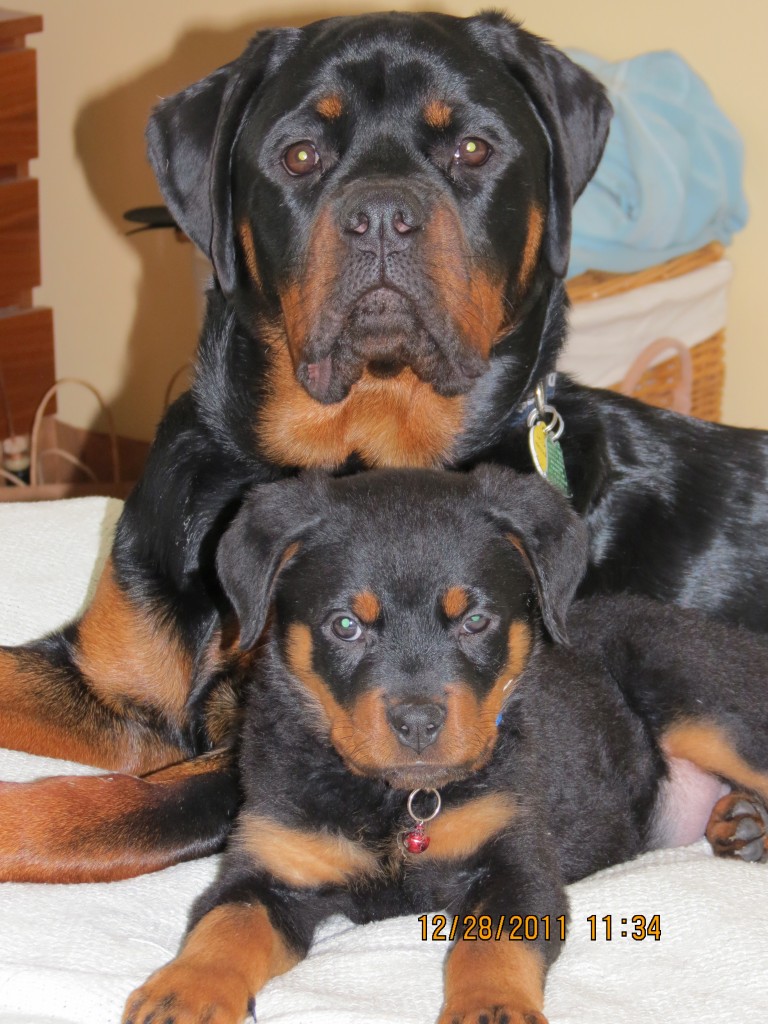 Alice,
Wanted to share with you a picture of Sierra and Duke!  They are bestest buds!
It’s hard to believe there is only 7 months difference in their age!  We just love them to pieces 🙂

Hello Alice,
I wanted to give you an update on Lexi.  As you know I took her to the vet about a month ago and the vet said she might have a ligament tear.  We kept her quite in the truck but she kept getting worse.  About 2 weeks later we were in Las Vegas and found a vet as I didn’t want to wait any longer.  He did a full blood panel, X-rays full exam and had a radiologist and internist review her case. She would be fine one day and nearly crippled the next.  Luckily when we went to the vet it was one of her really bad days.   He gave me an pain reliever/anti-inflammatory and antibiotic to get her started on.  He did not see a tear on her xray but she was borderline anemic, slight white cell elevation. He felt at the time it may be from a tick bite.  He did do an additional 15 panel blood sample for tick infection but wouldn’t have the results for 2 days.  It came back negative on everything but the Lyme disease but he said it could have been from the vaccinations.  They don’t have ticks out in Vegas but he was confident  it was an autoimmune issue which gave me a little piece of mind.
After we delivered our load to Tulsa OK we went directly home.  She was improving but I took her to a local vet here at home yesterday and he confirmed her issue is caused by ticks. She’s been vaccinated twice for lime disease and gets her frontline each month.  He gave me more antibiotic to get me through the next 3 weeks and wants to do another blood test for the tick panel because he said it just might not be showing up because it wasn’t completely in her system.  Our new vet is very knowledgeable and I have confidence and a lot of trust in him.
Long story short, she’s getting better each day.  Just about back to normal.
Received her papers today thank you!   On a lighter note … Both vets that reviewed her X-rays commented on how good her hips were!!! Kudos for the excellent breeding practices !
All our Best,
God Bless,
Chareen

“Griffin” Guardian Qioshi Von Gottschalk
Hi!  I hope this email finds you and your family doing well! I wanted to tell you Qioshi, AKA Griffin, is quite the breed Ambassador, as I’m sure you know.  I also feel like I should have mentioned this to you earlier, in case other litter mates have been having the same trouble…..he has been having quite the struggle with pano.  It varies day to day, started at about 6 months.  Some days he is running care free, other days he limps and whines like an old man.  It’s heartbreaking.  We know he will grow out of it, but it’s still awful to hear him yelp when he tries to play like a normal puppy!!!  I was on your website, checking out Qioshi’s litter page, and noted an email from one of Qioshi’s littermate’s owners describing similar symptoms.  I don’t know how old this email was, or if the problem resolved, but it may be worth contacting them with this info.  We had also had all of the blood panels and xrays run, just to be sure it wasn’t something more serious than pano.  He’s slowly but surely outgrowing it.  I’m just happy he’s a lower-energy dog (for a rottie) and that we have a pond for low-impact exercise.  We are looking forward to the day he can go jogging with us!

He is doing AWESOME on his 100% raw diet.  I found a vet who tolerates my decision to feed raw and has helped find the right supplement for him.  I have converted many friends to also try it, and even the skeptics have become believers.